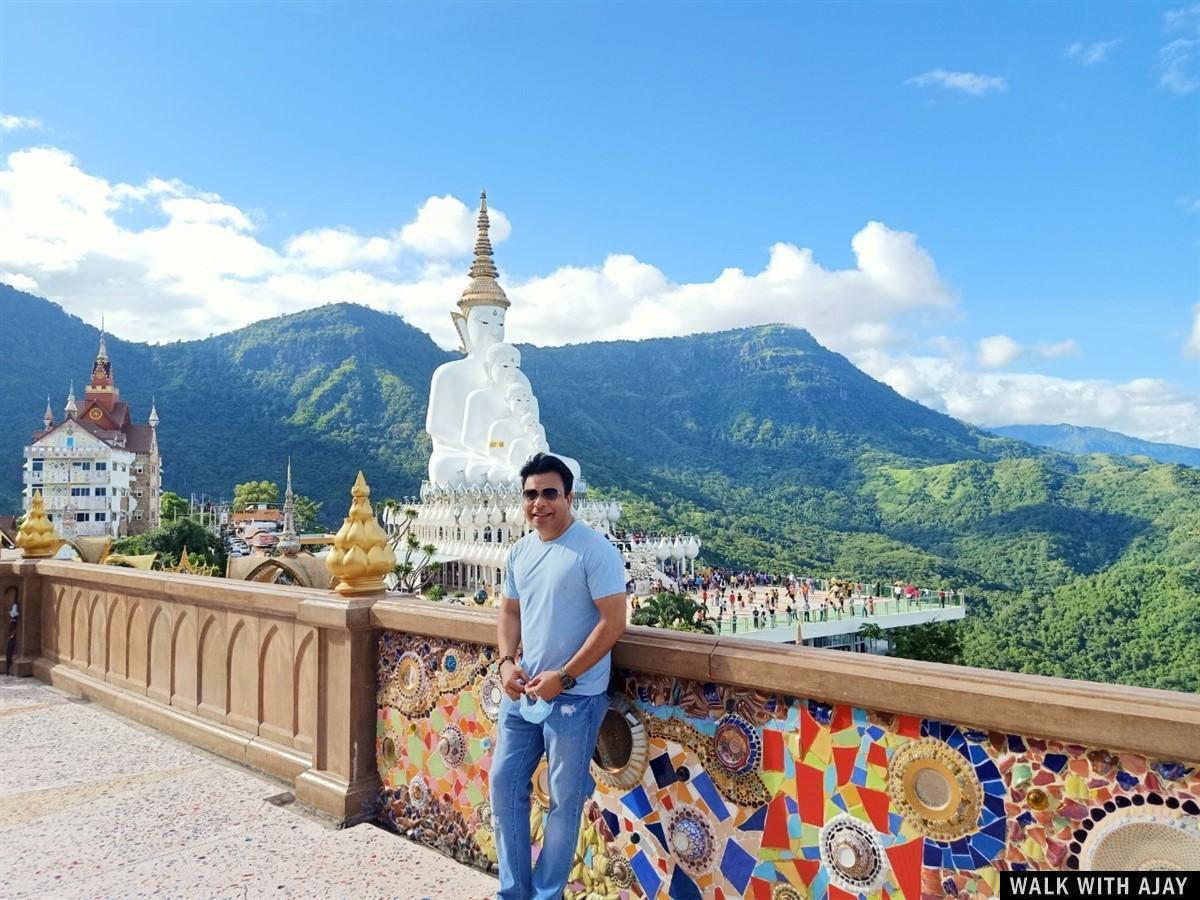 Modern design and unusual architecture make this mountaintop temple no ordinary Buddhist retreat in Khao Kho. The mountaintop sanctuary, with a preaching hall, pagoda, and surrounding gardens, is a stunning design, one that expresses its architectural youthfulness.

In the hills of north central Thailand, Wat Pha Sorn Kaew is a Dharma retreat for monks and Buddhist followers. The mountaintop sanctuary, with a preaching hall, pagoda, and surrounding gardens, is a stunning design, one that expresses its architectural youthfulness. 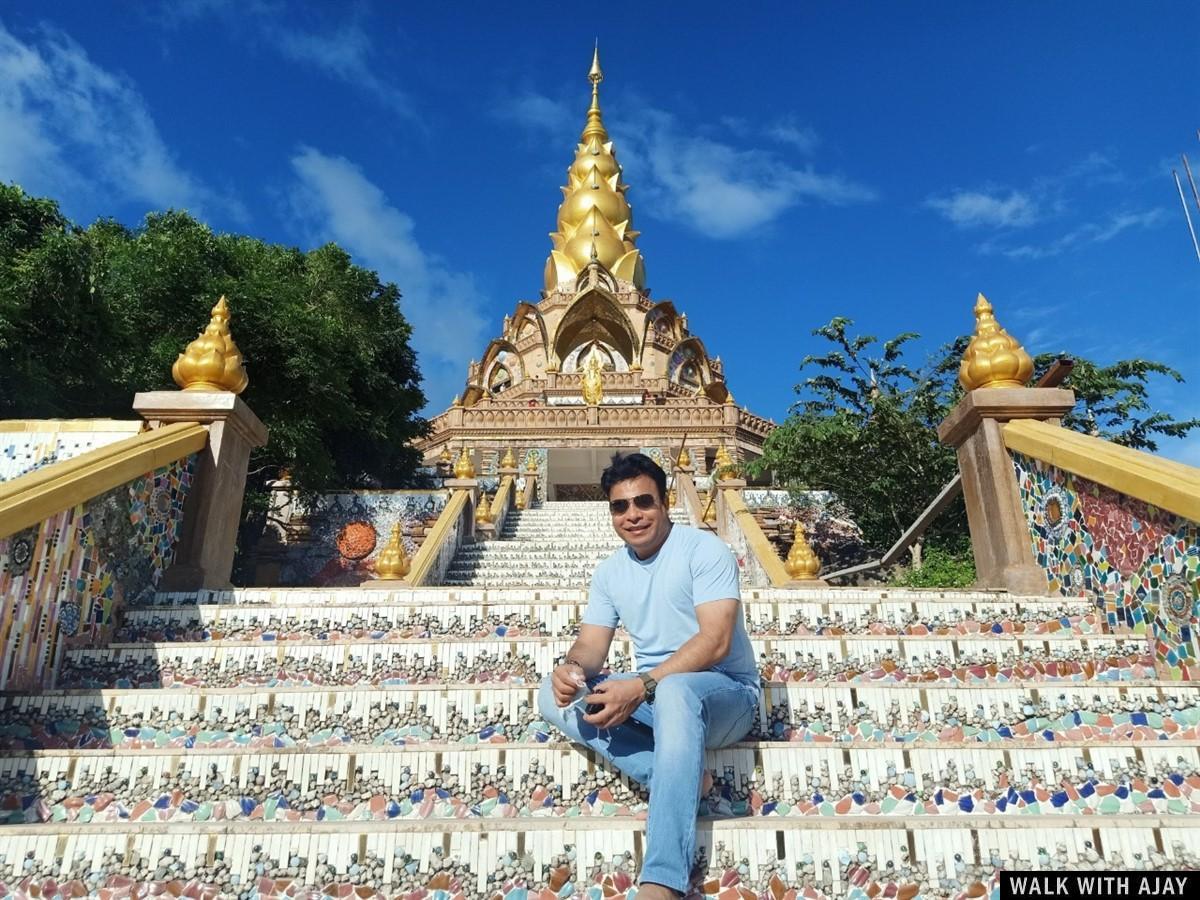 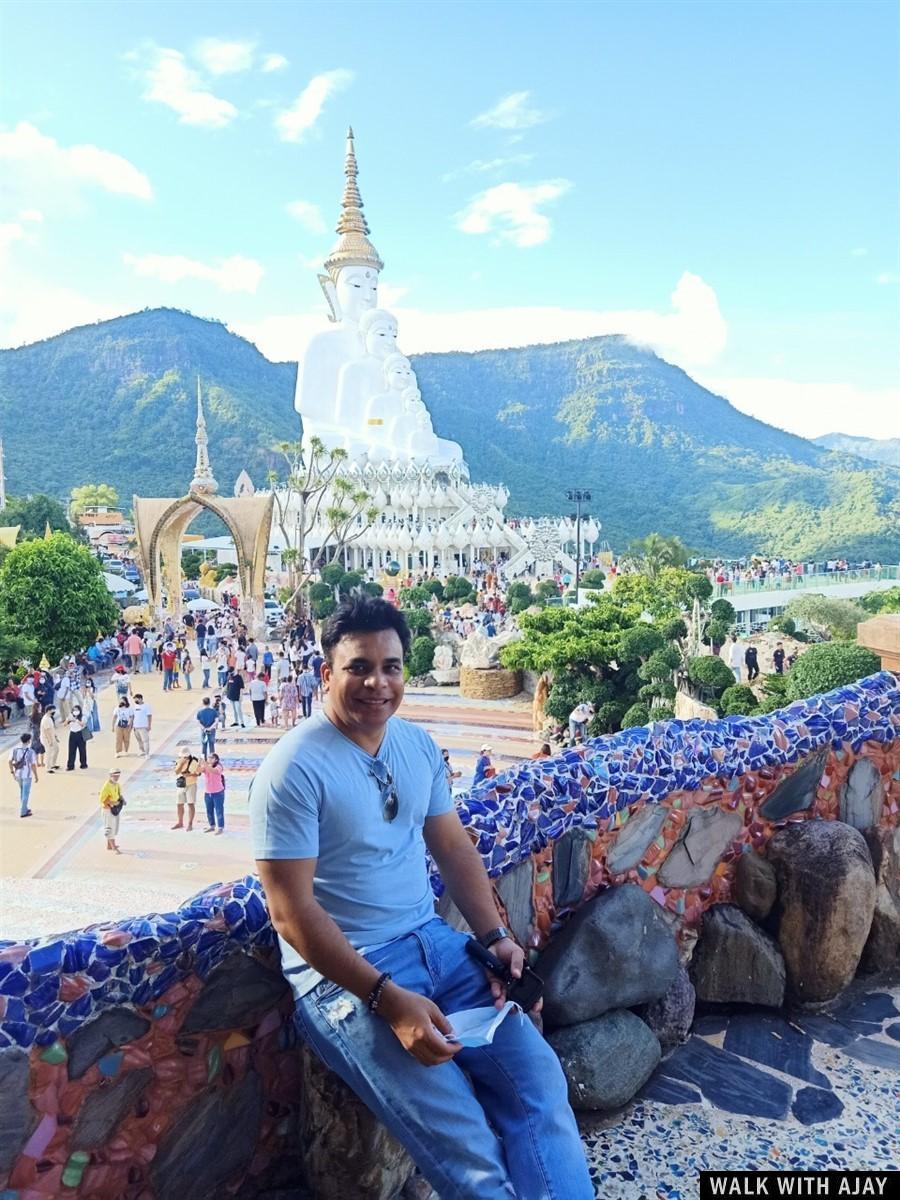 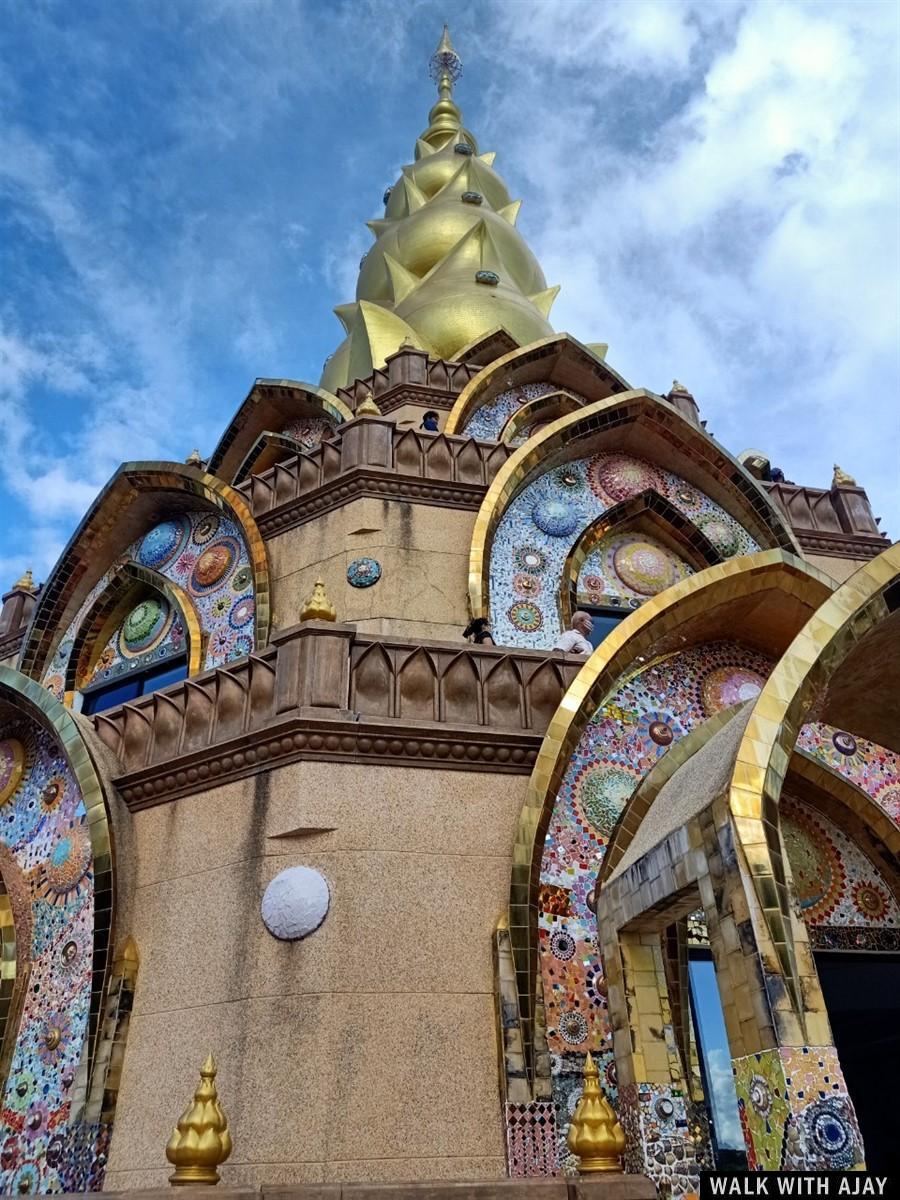 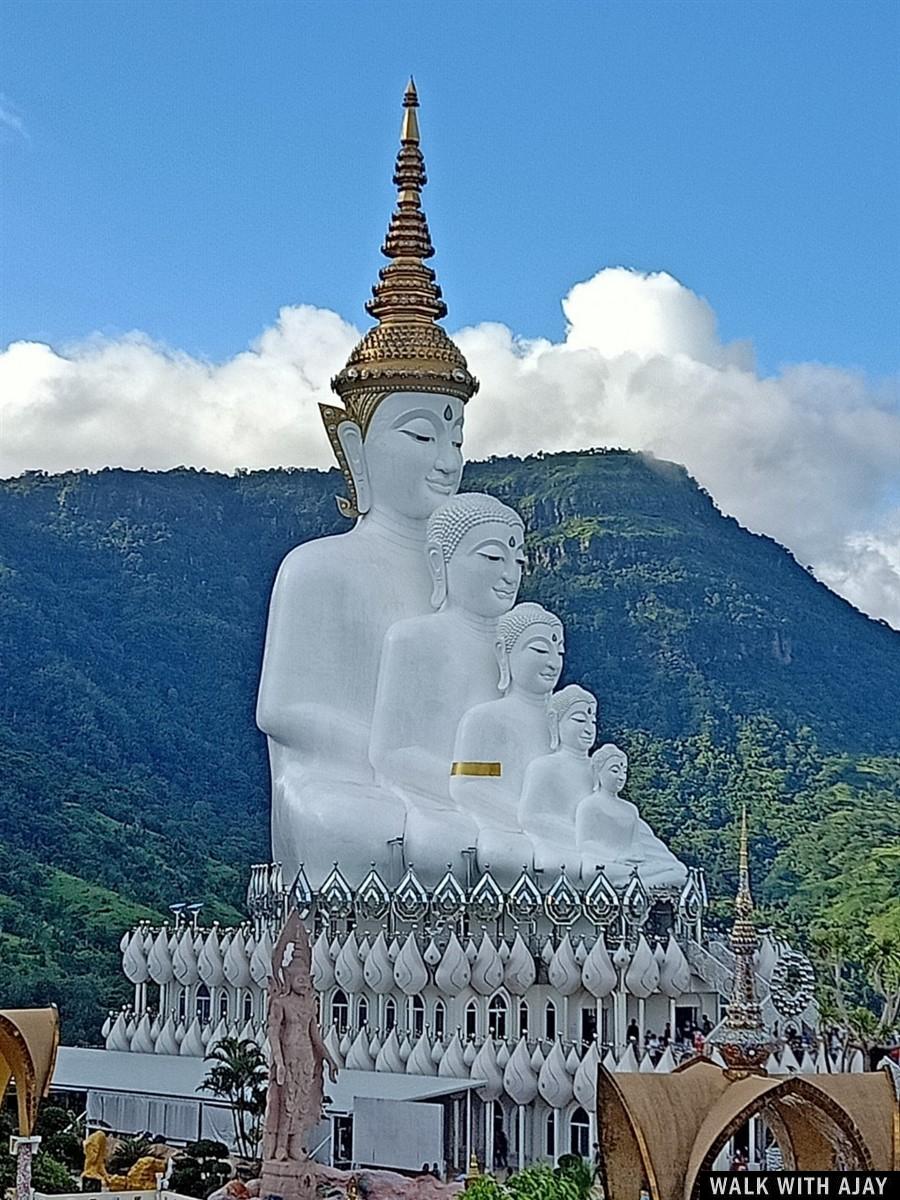 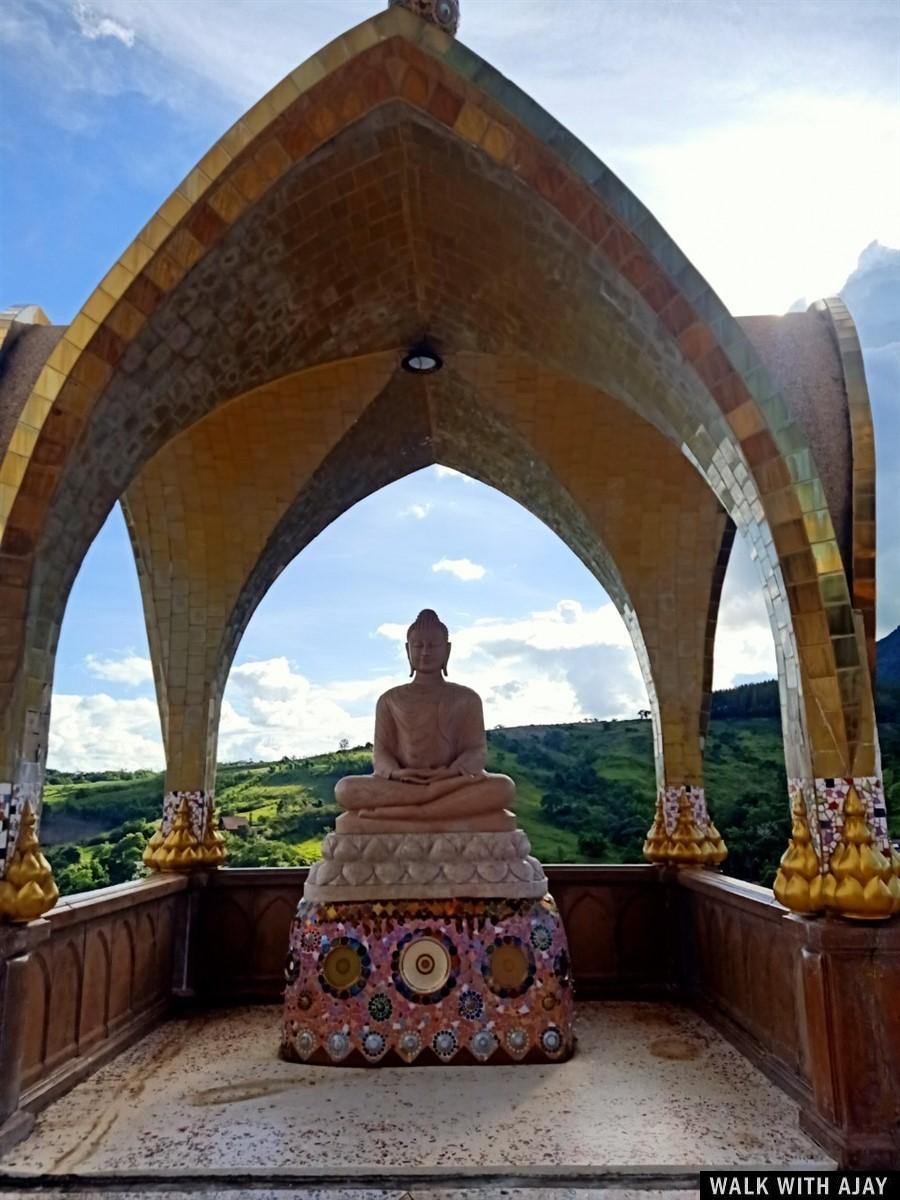 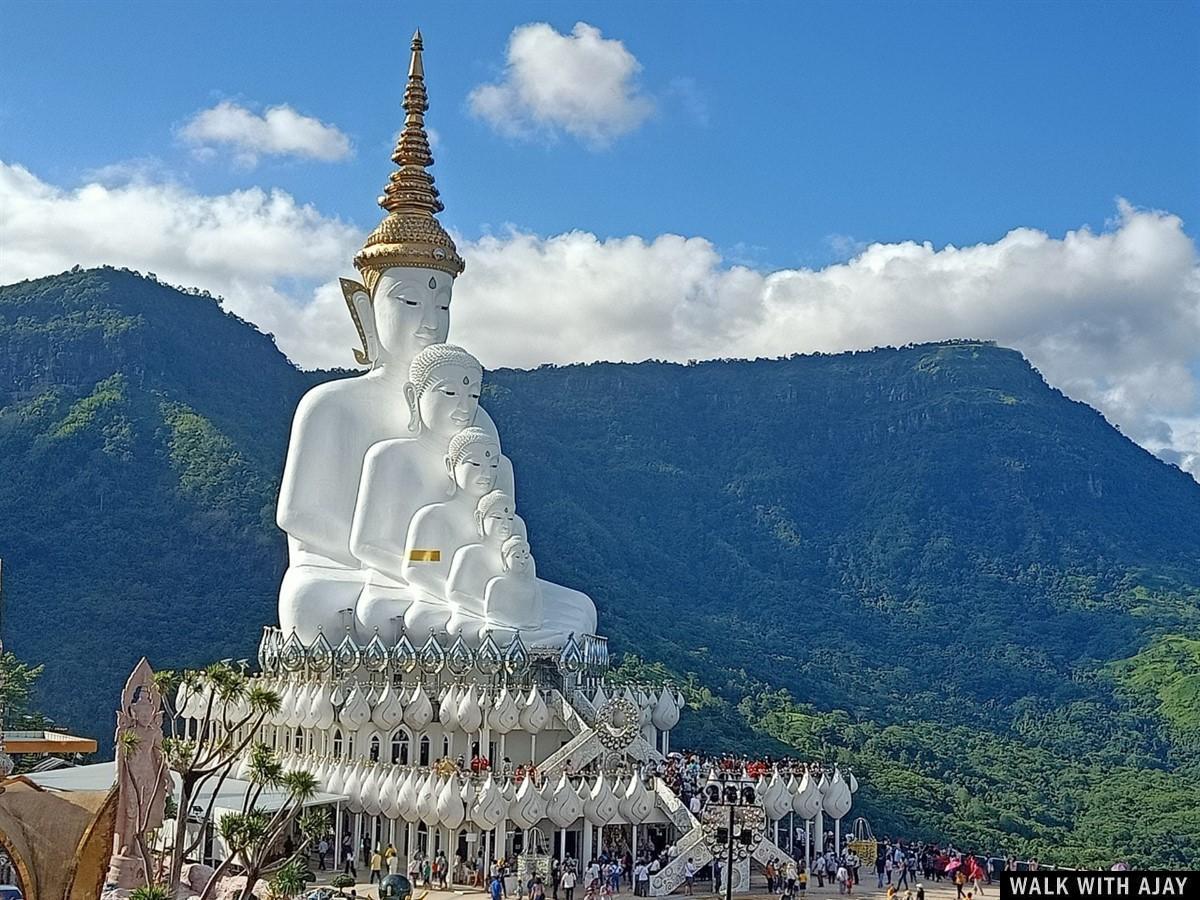 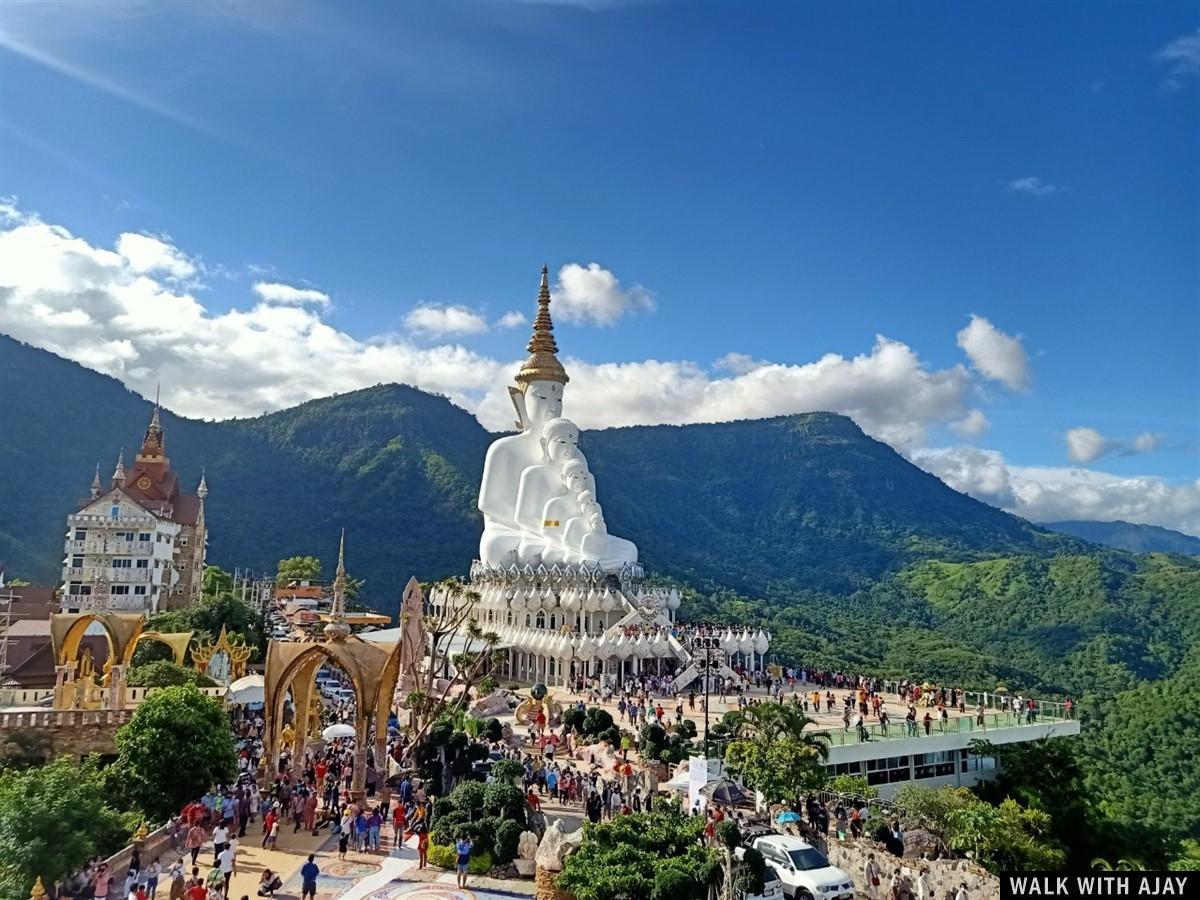 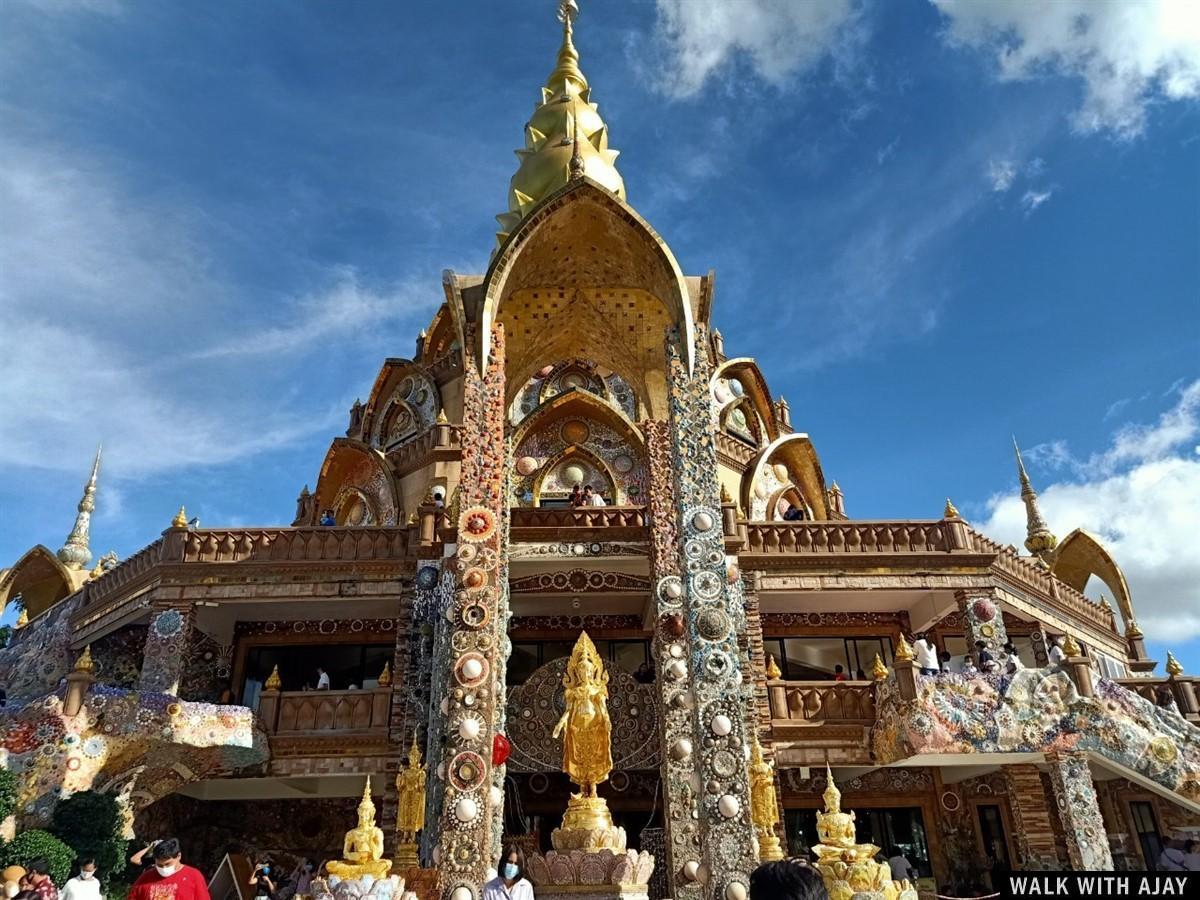 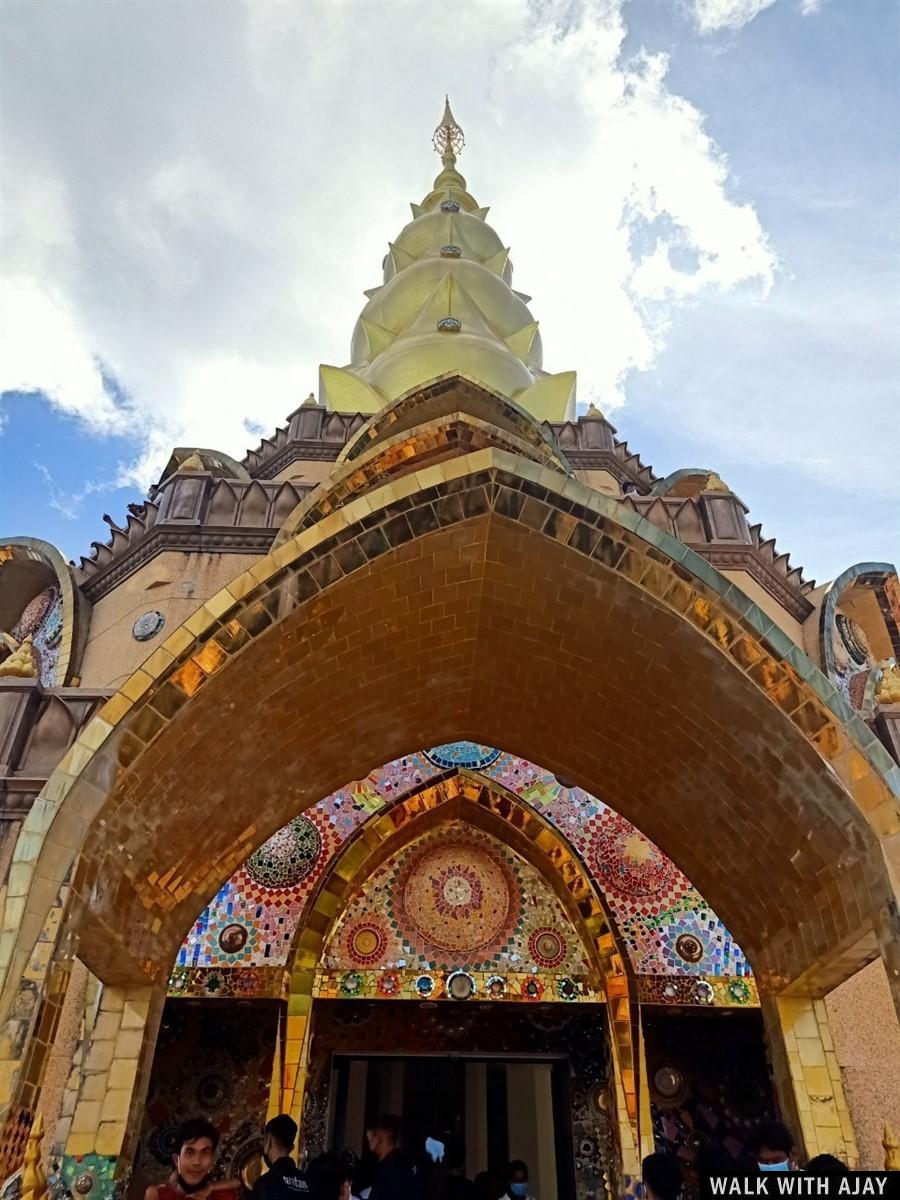 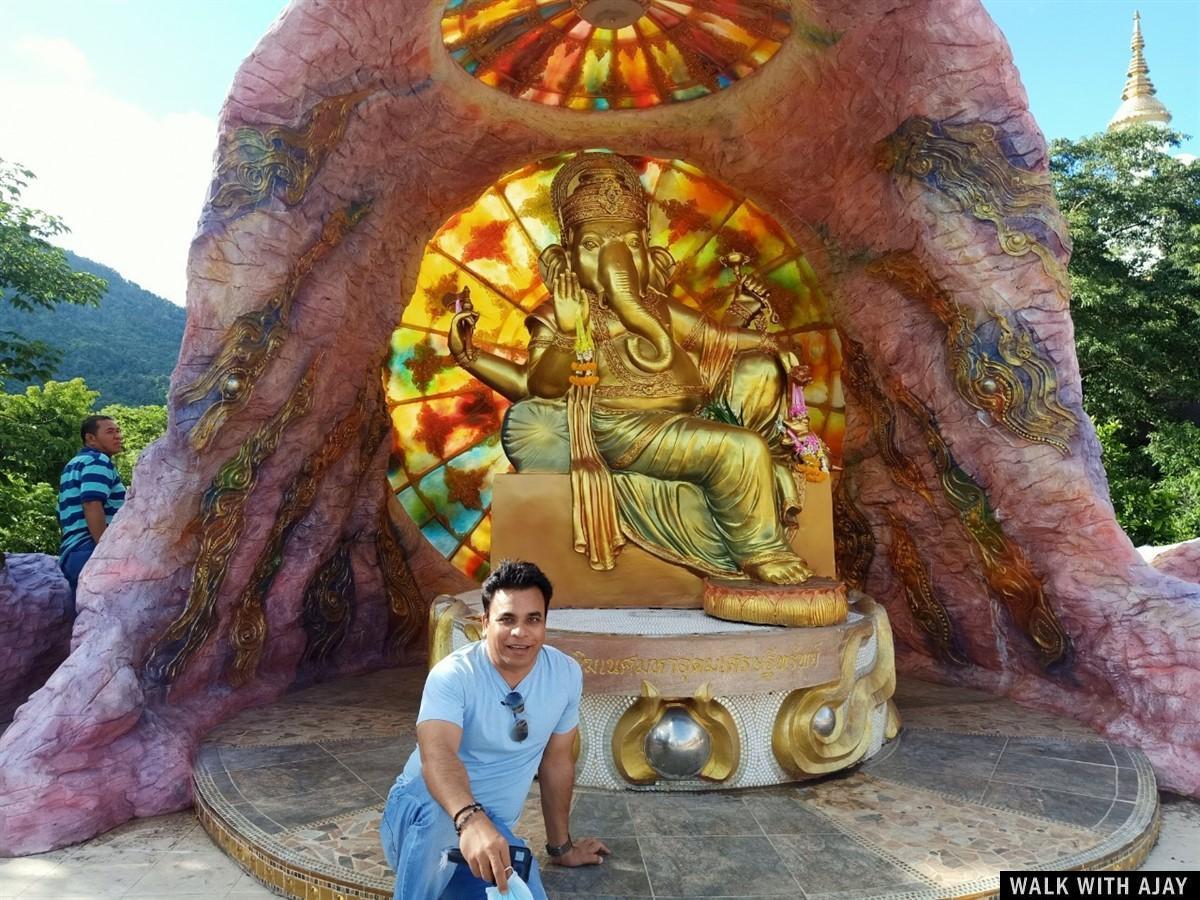 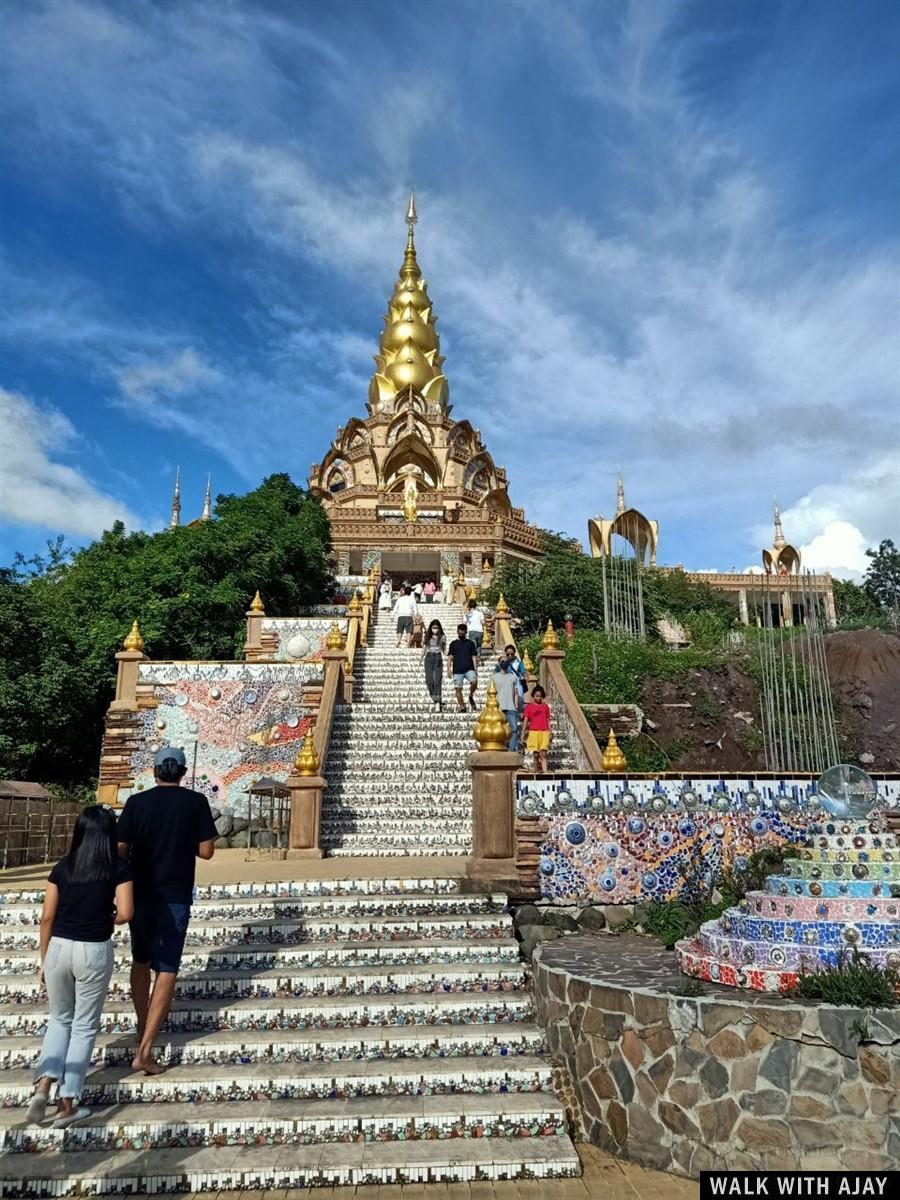 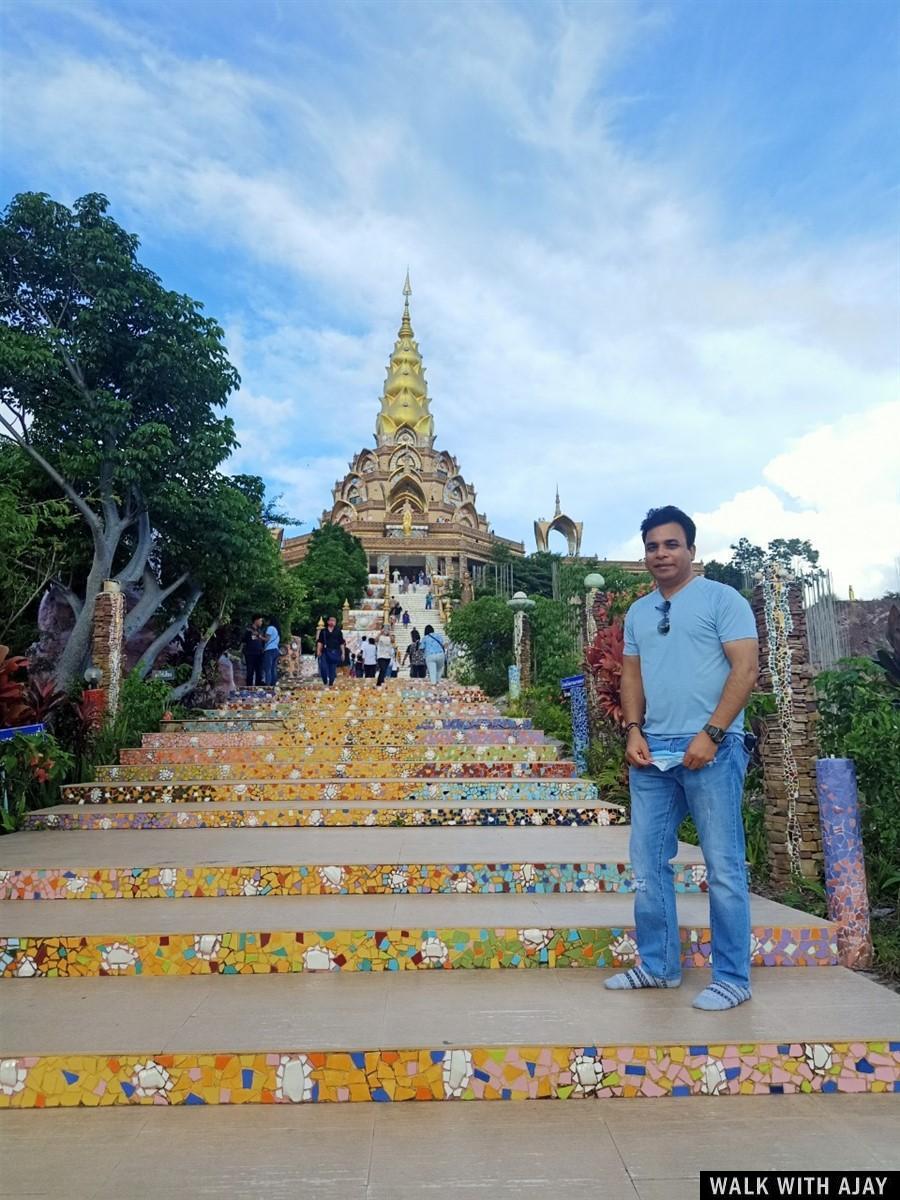 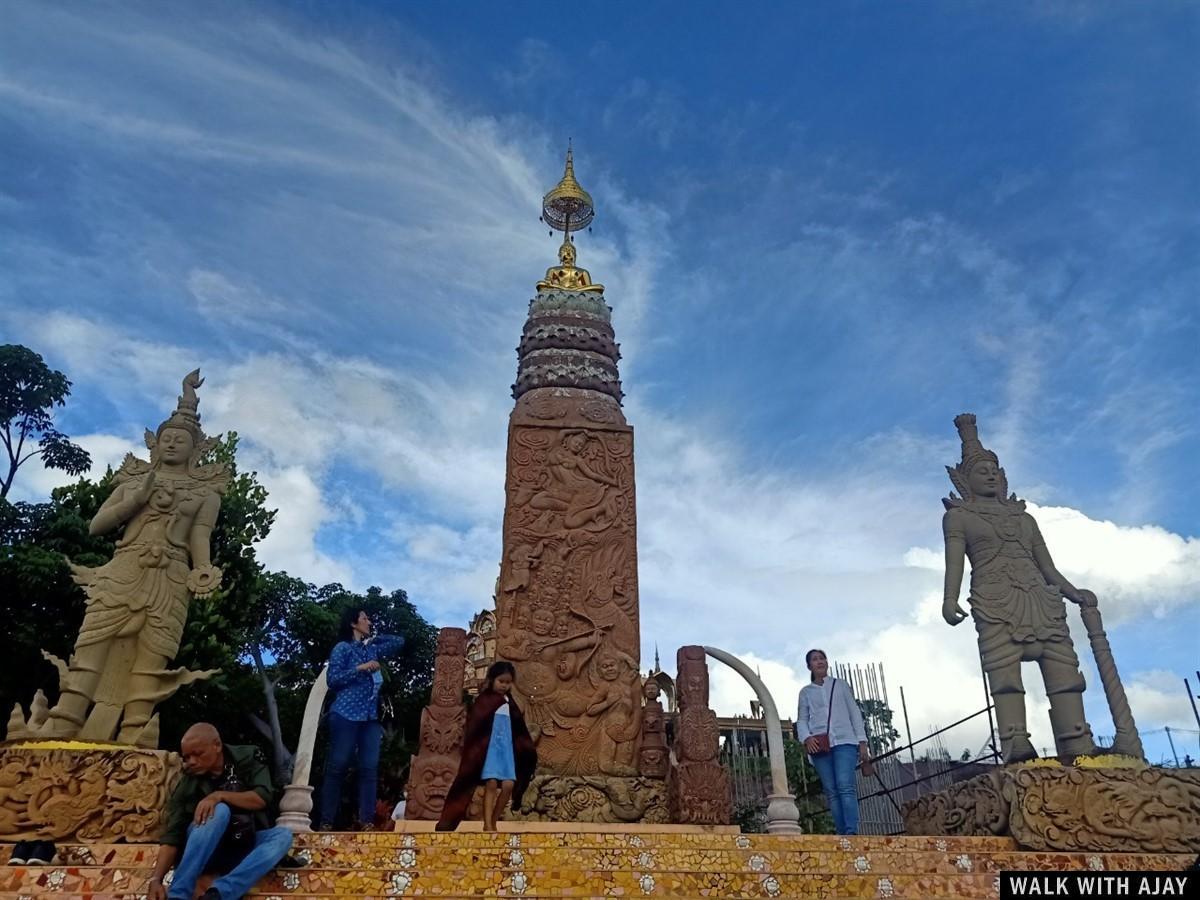 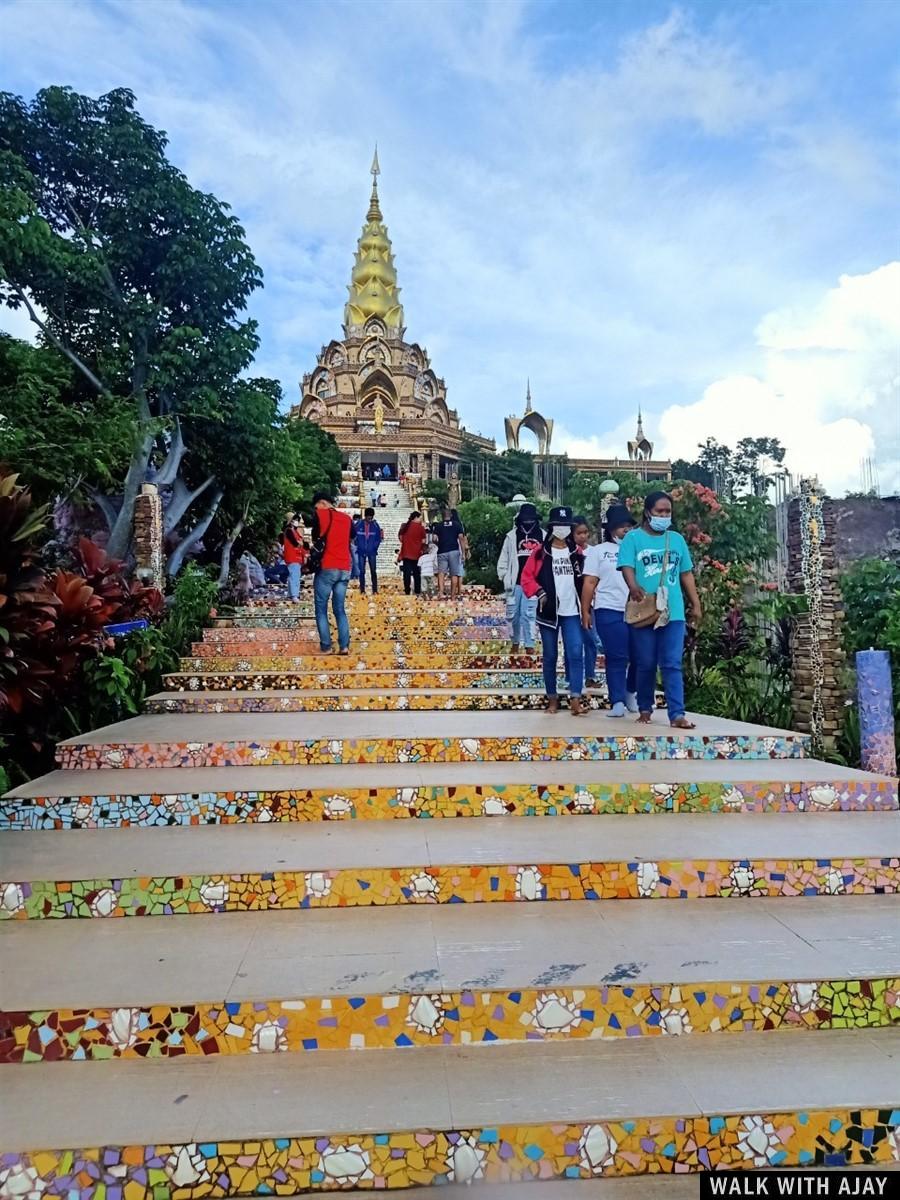 The site’s location at Khao Kho was chosen for its natural beauty of this Thailand Temple, to inspire meditation. Set against the serenity of the mountains is the site’s most striking feature, the ice-white temple itself, representing the traditional five Buddhas who visited the Earth. The Buddhas are nested together in the meditation position, looking out over the valley. Each one is slightly larger than the one before, a modern and refreshing design with few hints of traditional Thai architecture in this Thailand Temple.

The non-traditional design extends to the pagoda, a lotus flower-inspired shape set over five levels, with a large glass structure hanging down through the centre to connect each floor. The surfaces are covered with over 5 million mosaic tiles, pottery shards, and pieces of teapots and China sets, with no two patterns alike. It’s colorful and quirky, and sitting in the middle of the mosaics is said to bring fortune and good luck.

Wat Pha Sorn Kaew (also known as Wat Pra Tat Pha Kaew and Watpratarpharsornkaew) was mostly completed in 2004, and was elevated to the status of the temple only in 2010. In its short history, despite its remote location, it has become a center for the foundation of mindfulness practice, one of the core Buddhist principles.

It could be argued that Wat Pha Sorn Kaew feels out of place in the remote hills of northern Thailand, and it does bear a striking resemblance to the style of Catalan architect Antoni Gaudí. Its style is unlike any other, but no matter the design, the views are breathtaking and the landscape inspiring. In that respect, this Thailand temple in the mountains is much like its traditional ancestors.

Wat Pha Sorn Kaew is a relatively new site, having been completed in 2004, and is not widely recognized as a tourist attraction in Thailand Temple, therefore it can be quite difficult to visit. It is located about 5 hours north of Bangkok, between the towns of Lom Sak and Phitsanulok in the Phetchabun region. At present, the only way of reaching the temple is by your own transport or on a private tour.