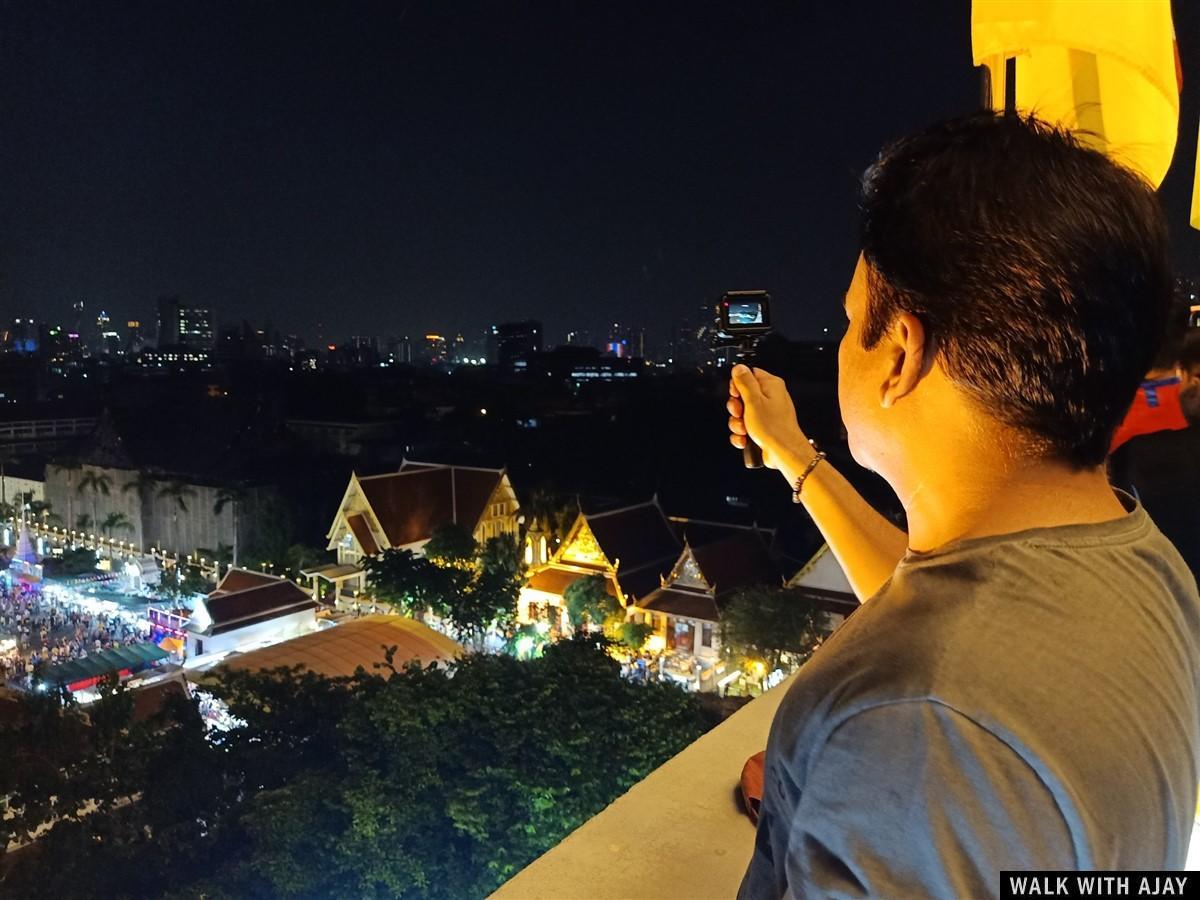 Today I am going to narrate about my next destination which was Wat Saket (Phukhao Thong / The Golden Mount) Temple: Bangkok, Thailand.

Wat Saket is a Buddhist temple established in the Pom Prap Sattru Phai region of Bangkok. The temple is mainly popular for the Golden Mount or Phu Khao Thong, an artificial man-made hill rewarded with a gleaming gold chedi. From the peak of the hill, you can enjoy marvelous views over Rattanakosin Island. The 58-meter chedi houses a Buddha memorial and welcomes worshippers all year approximately. All year in November there is a temple celebration that begins with a candlelit parade up to the top. Throughout this period the golden chedi is wrapped in a massive bright red cloth and this is a great time to feel local Thai festivity. One has to reach on top of the temple to see the aerial view of Bangkok.

I went to this temple on 11th November to enjoy the Loi Krathong festival. This takes place on the evening of the full moon of the 12th month in the traditional Thai lunar calendar, thus the exact date of the festival changes every year. In the Western calendar, this usually falls in the month of November. At that night visitors go and make the candle float on water and make a wish, which is said Loi Krathong. There was a lot of rush at the temple, a number of people visit here to enjoy this festival, a queue was there to reach the top. From my area I took the underground train to reach there, after reaching the station, it was a walking distance to reach the temple.

At the time it took more than one hour for me to observe the surrounding, and made the video as well one can check on my blog.

I went upstairs side but must say that there was a heavy crowd. Then I came back down to explore the market, here it was not like India that one has to remove the shoes, and over here the temples are huge wherein, you can roam around the market, food stalls, etc. is available. Some stalls are available outside as well. I love to see the candle floating on the water very much as you can check the photo, it was looking so amazing, peaceful feeling. The top view was awesome, in spite of such rush I was enjoying each and every moment of the period.

After that, I went for dinner near to that time only. I had delicious food while spending some quality time I went back to my house. My day was very well spent and had lots of fun while interacting with the local people as well. The place was full of divine feeling! Check out my pictures and video to see the beauty of the temple and of the surrounding.

Loi Krathong takes place on the evening of the full moon of the 12th month in the traditional Thai lunar calendar, thus the exact date of the festival changes every year. In the Western calendar, this usually falls in the month of November. 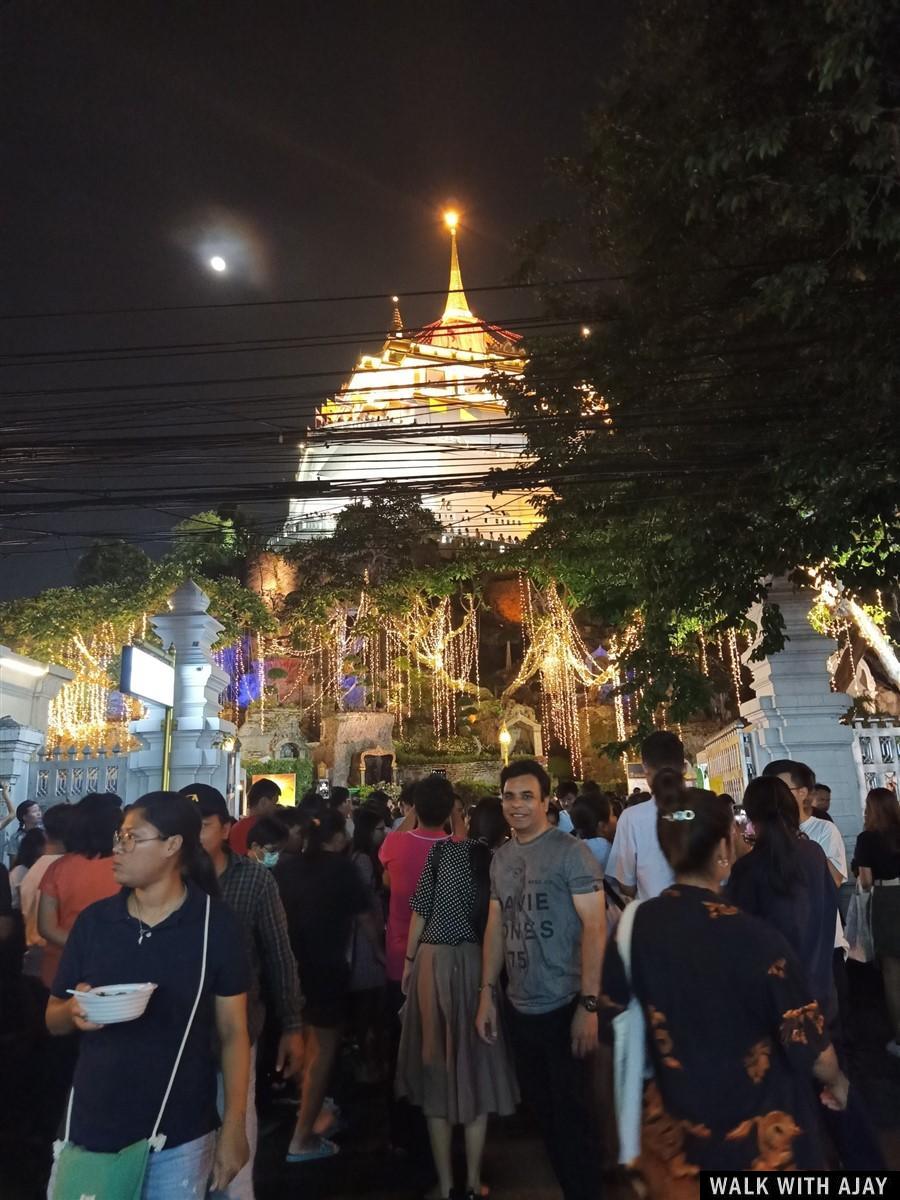 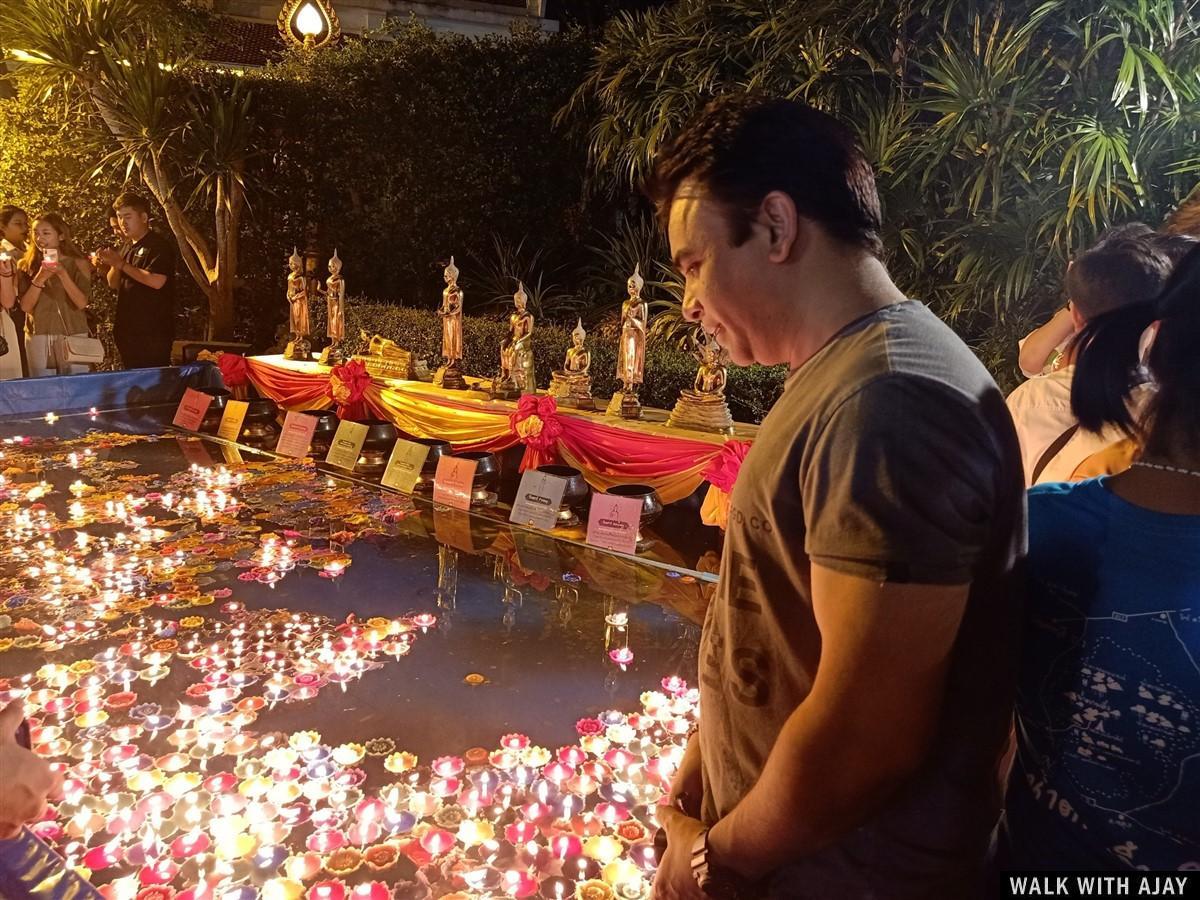 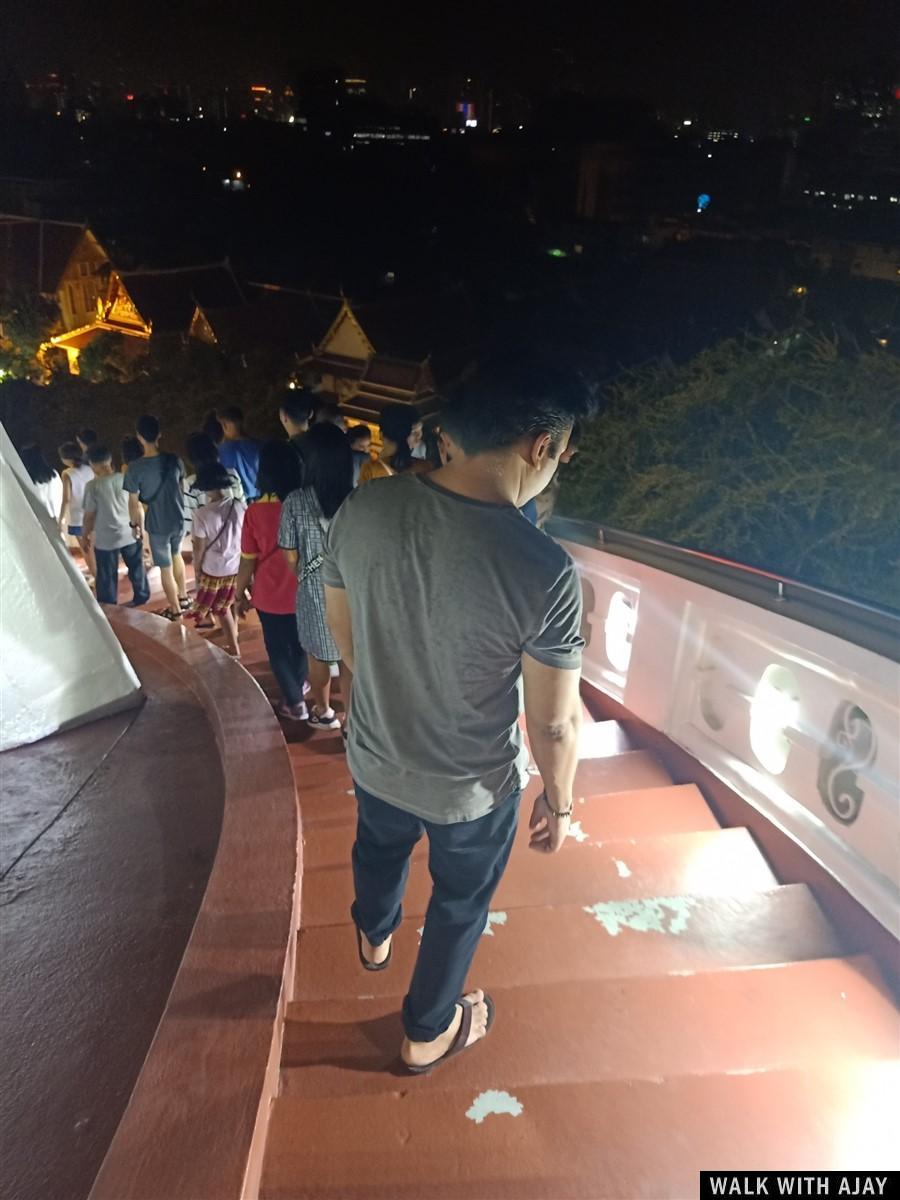 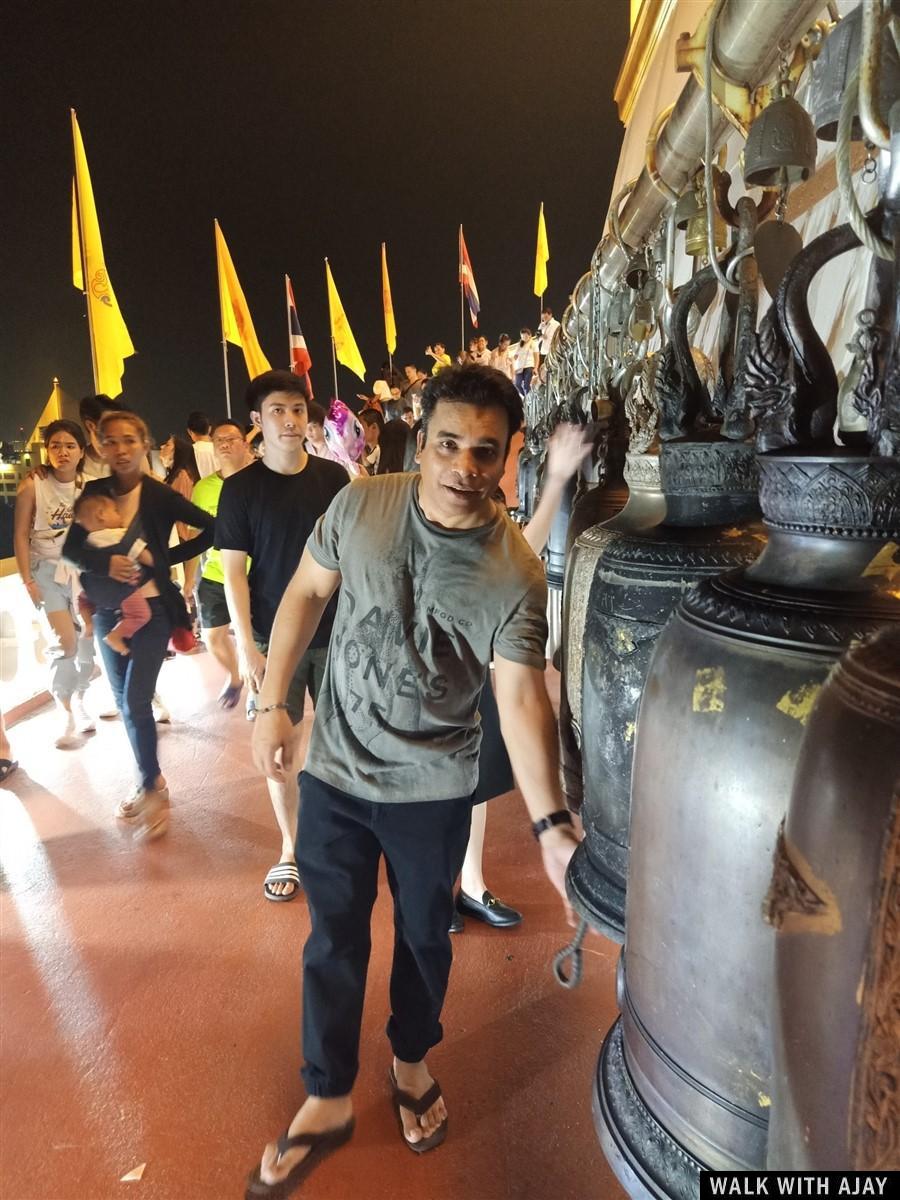 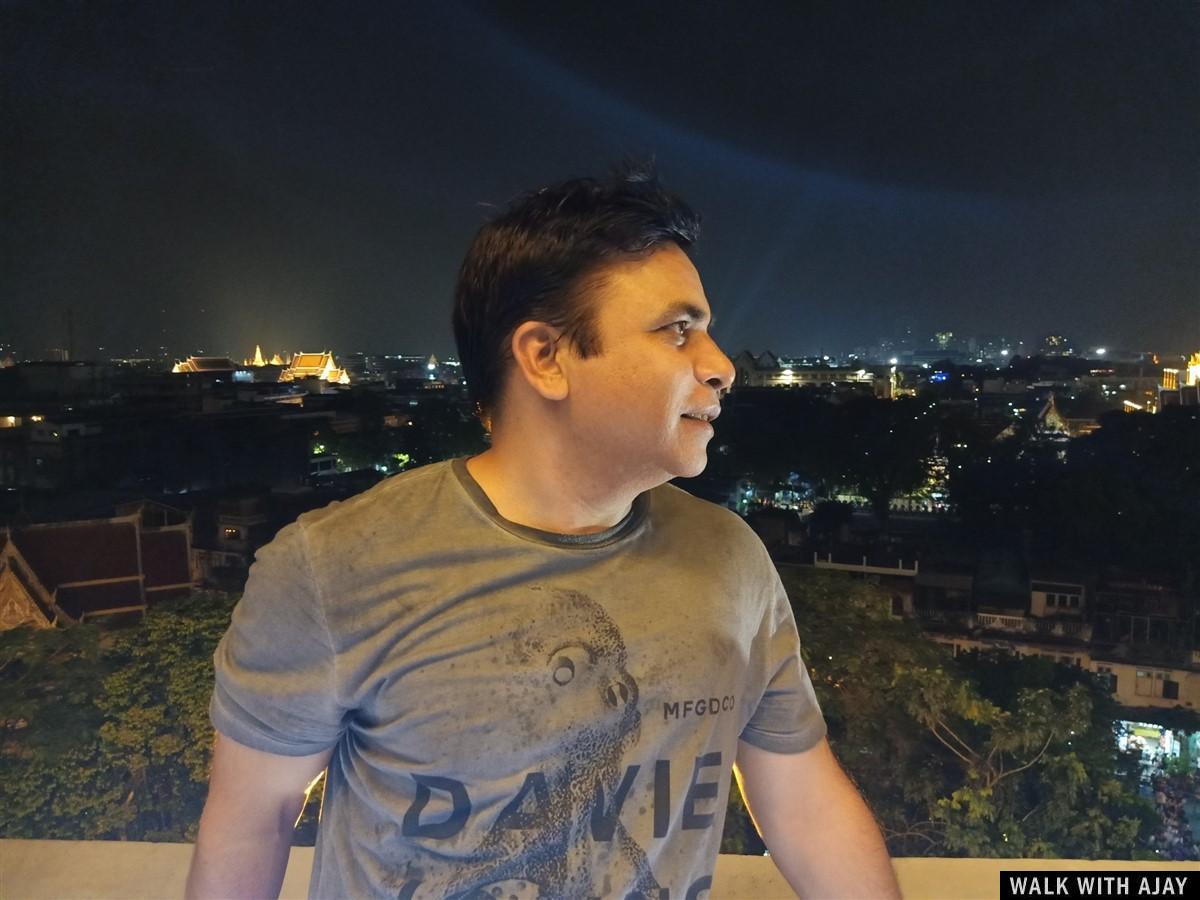 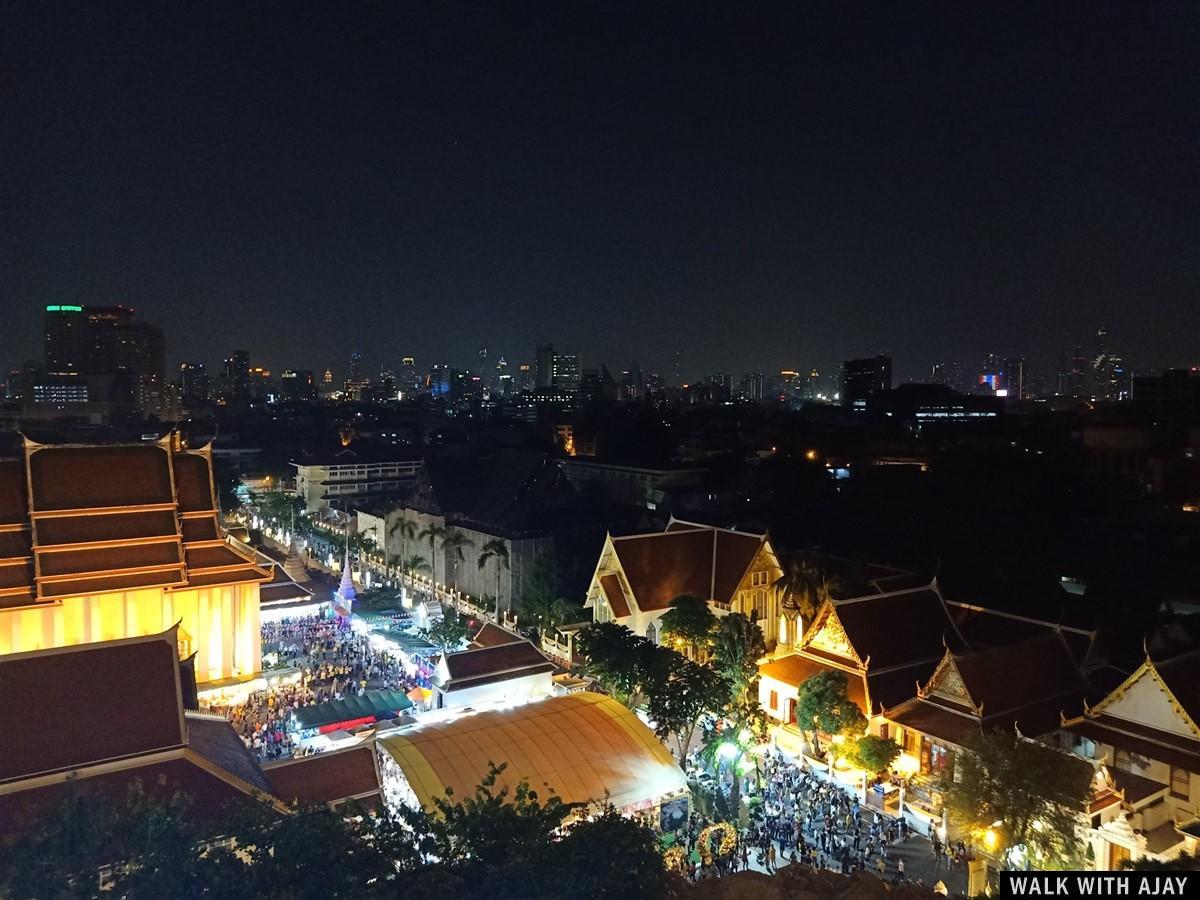 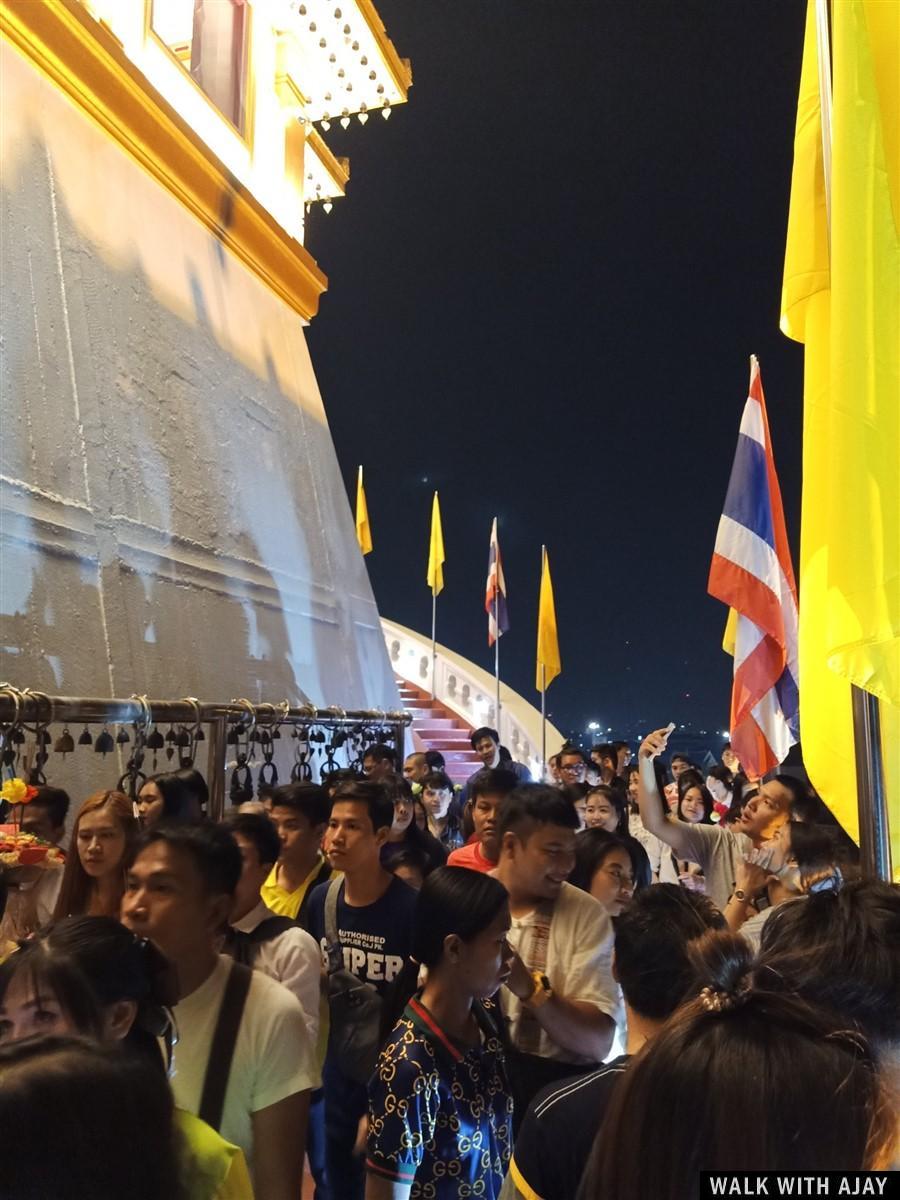 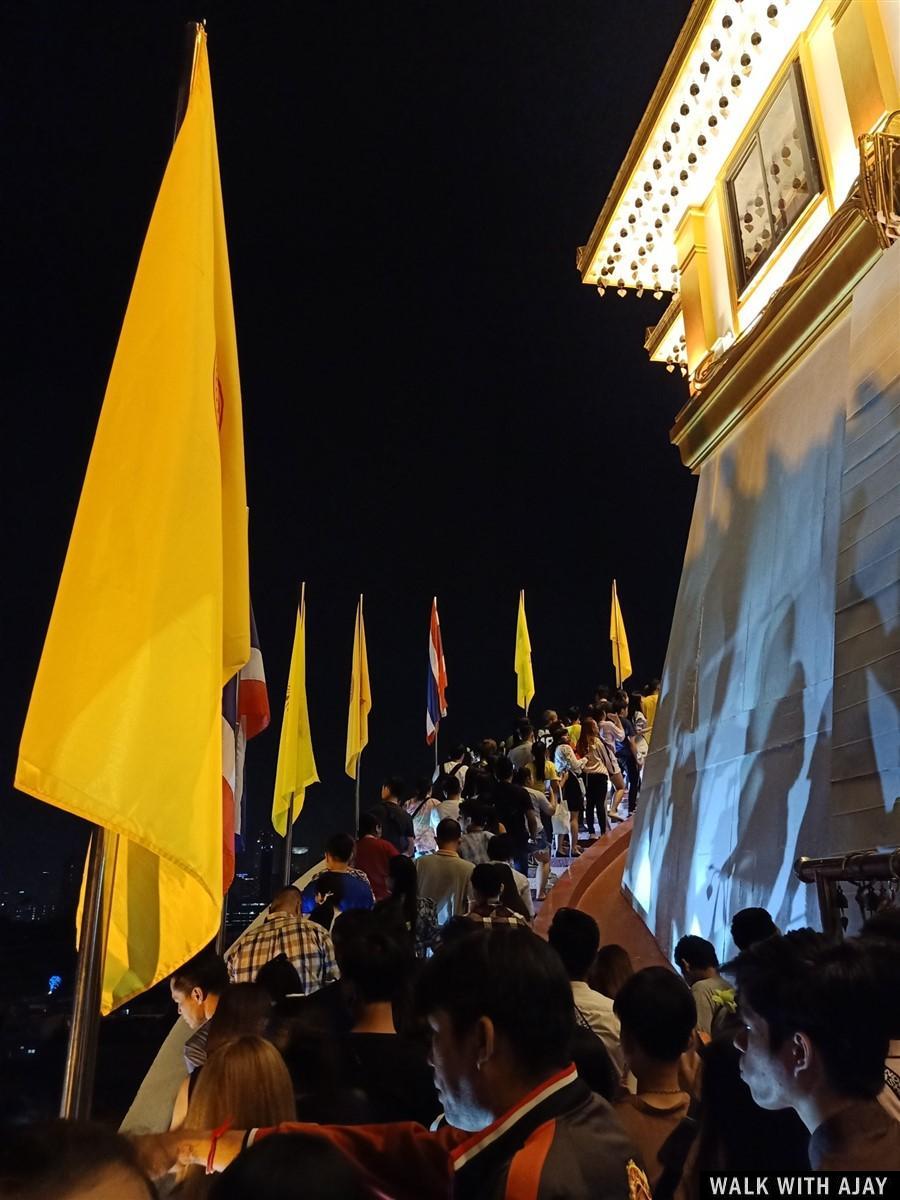 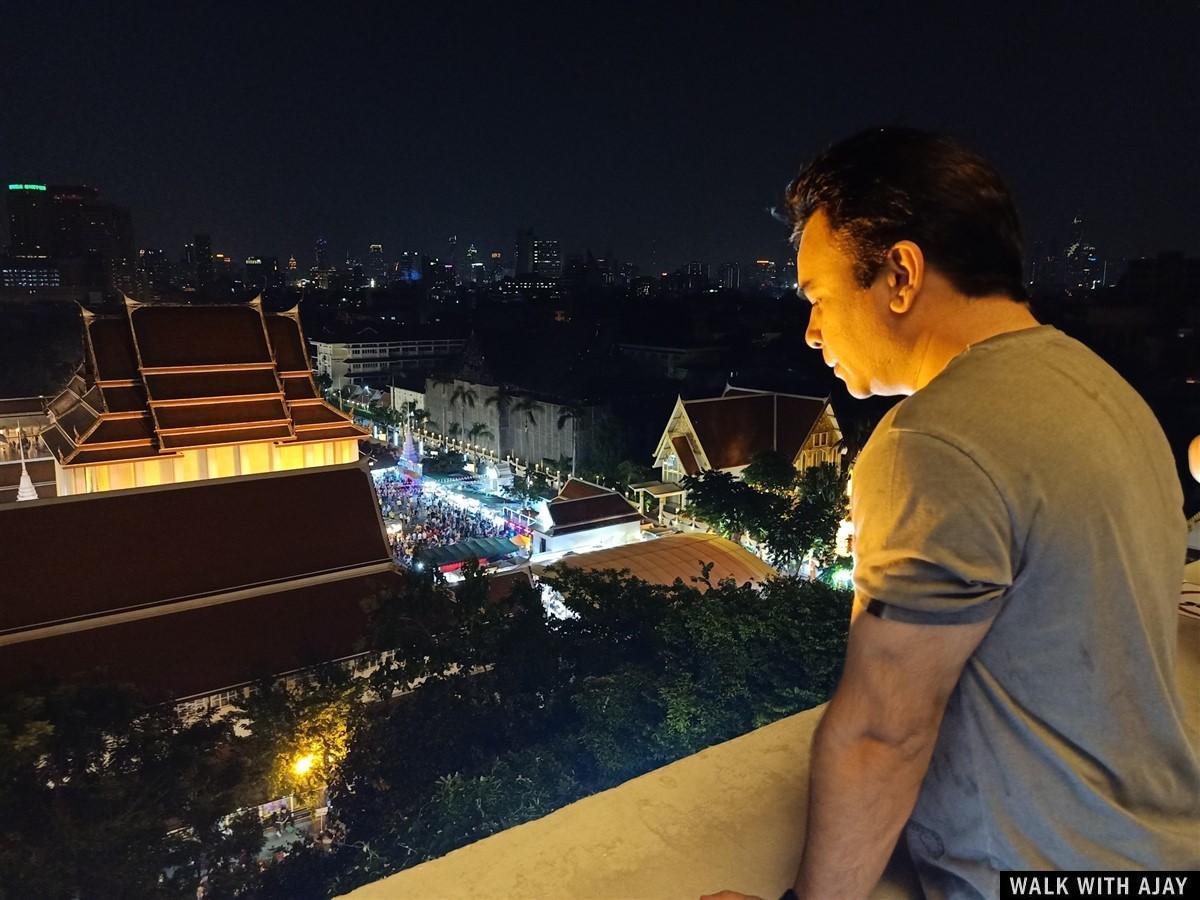 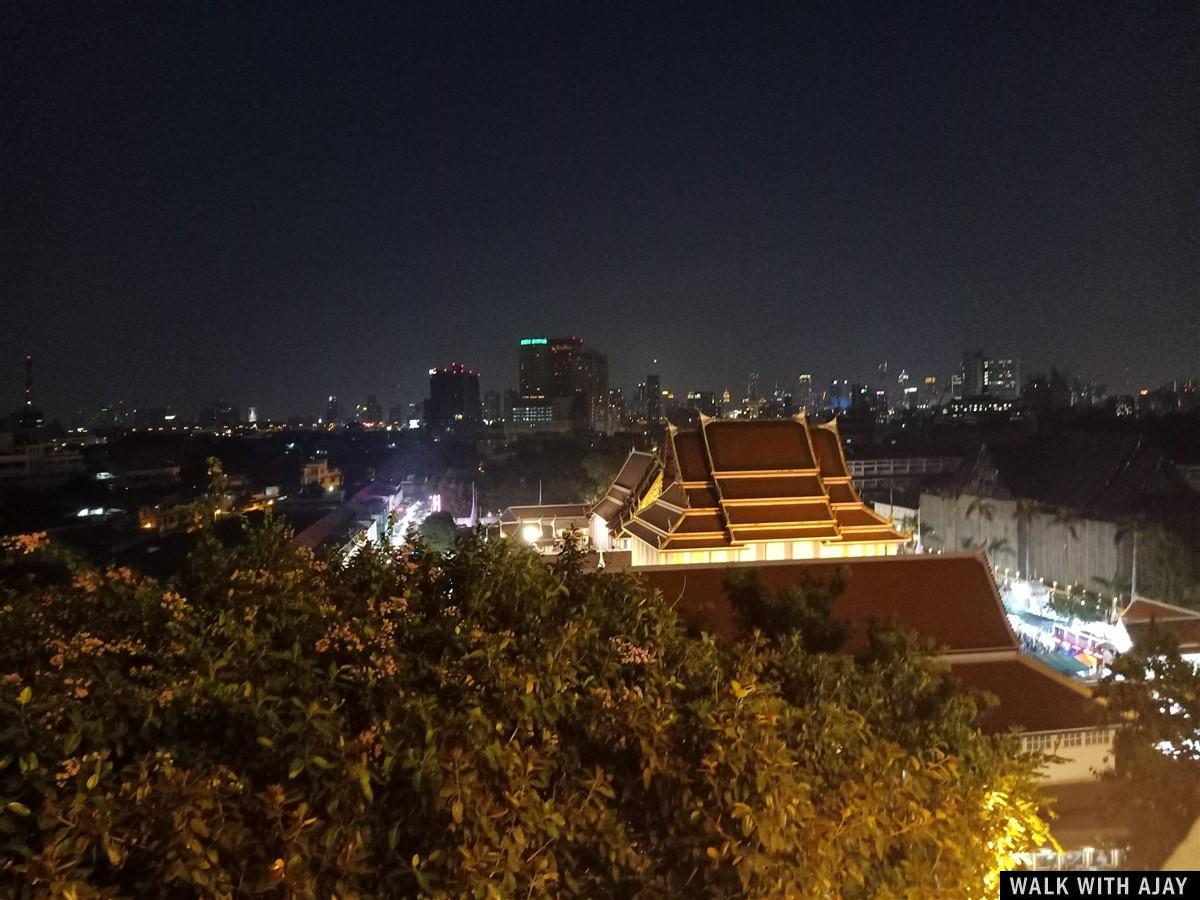 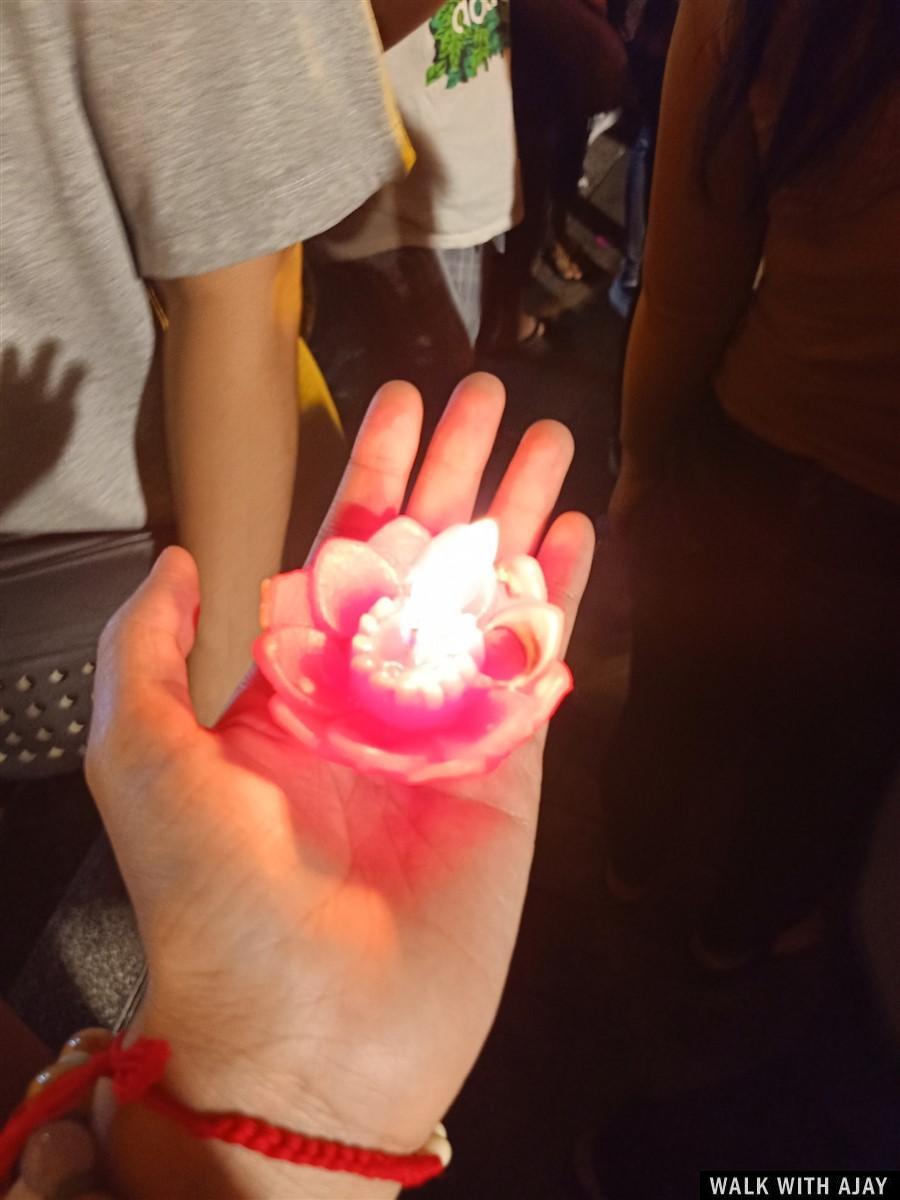 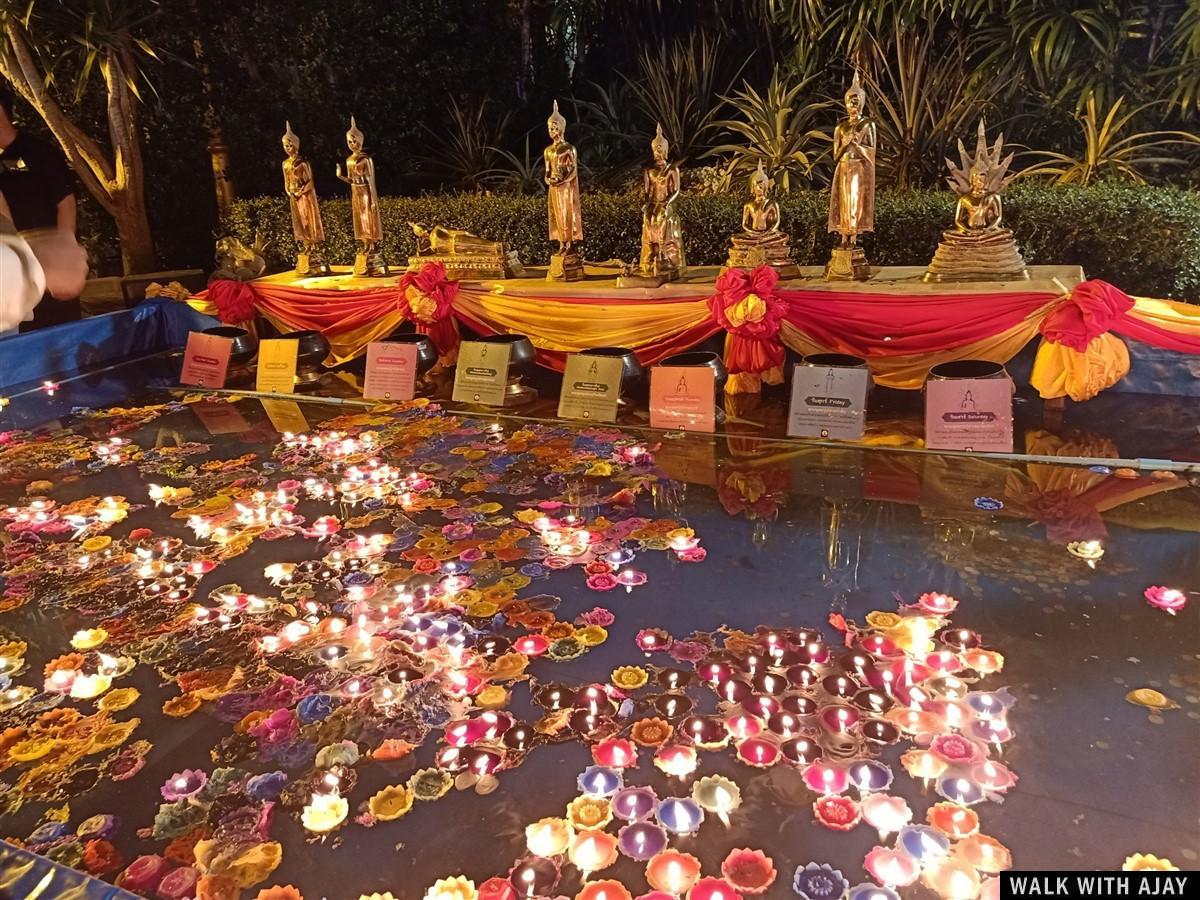 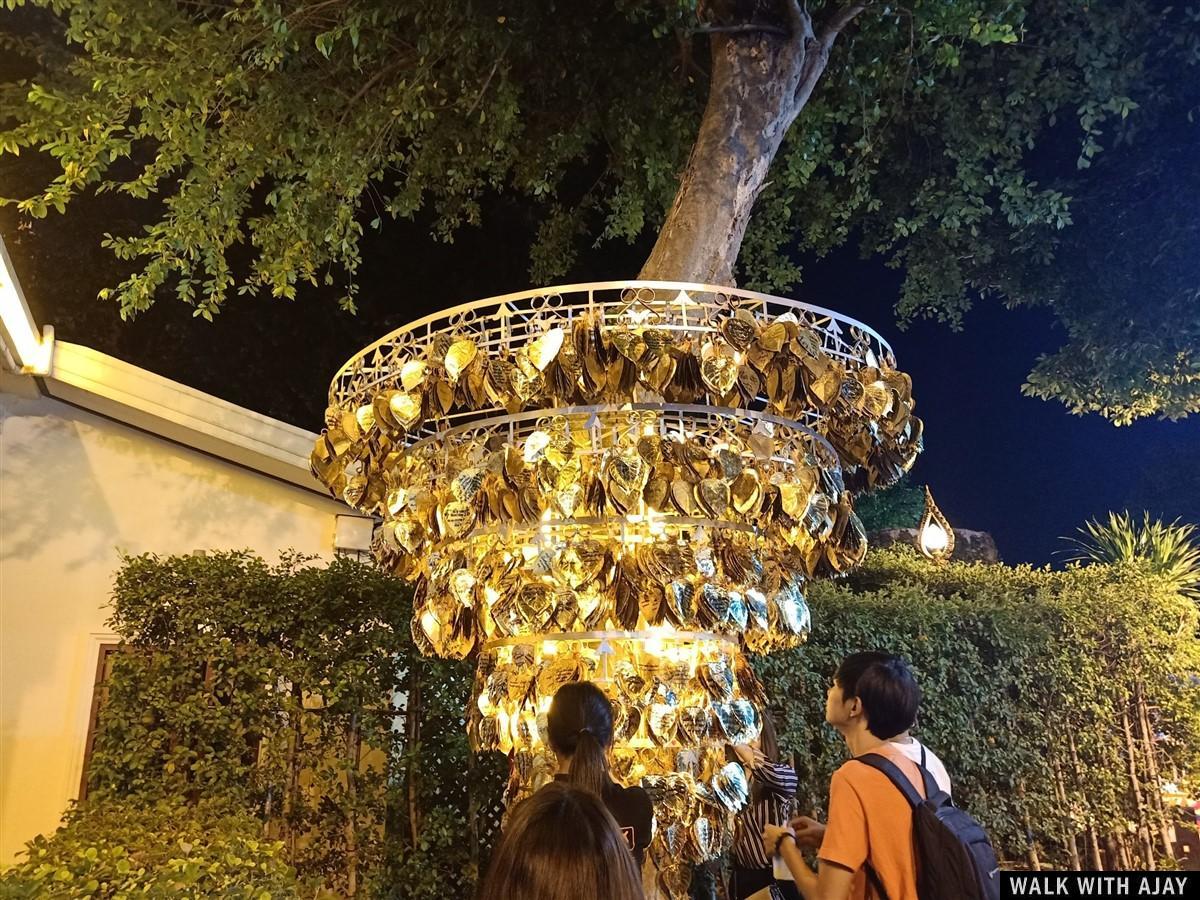 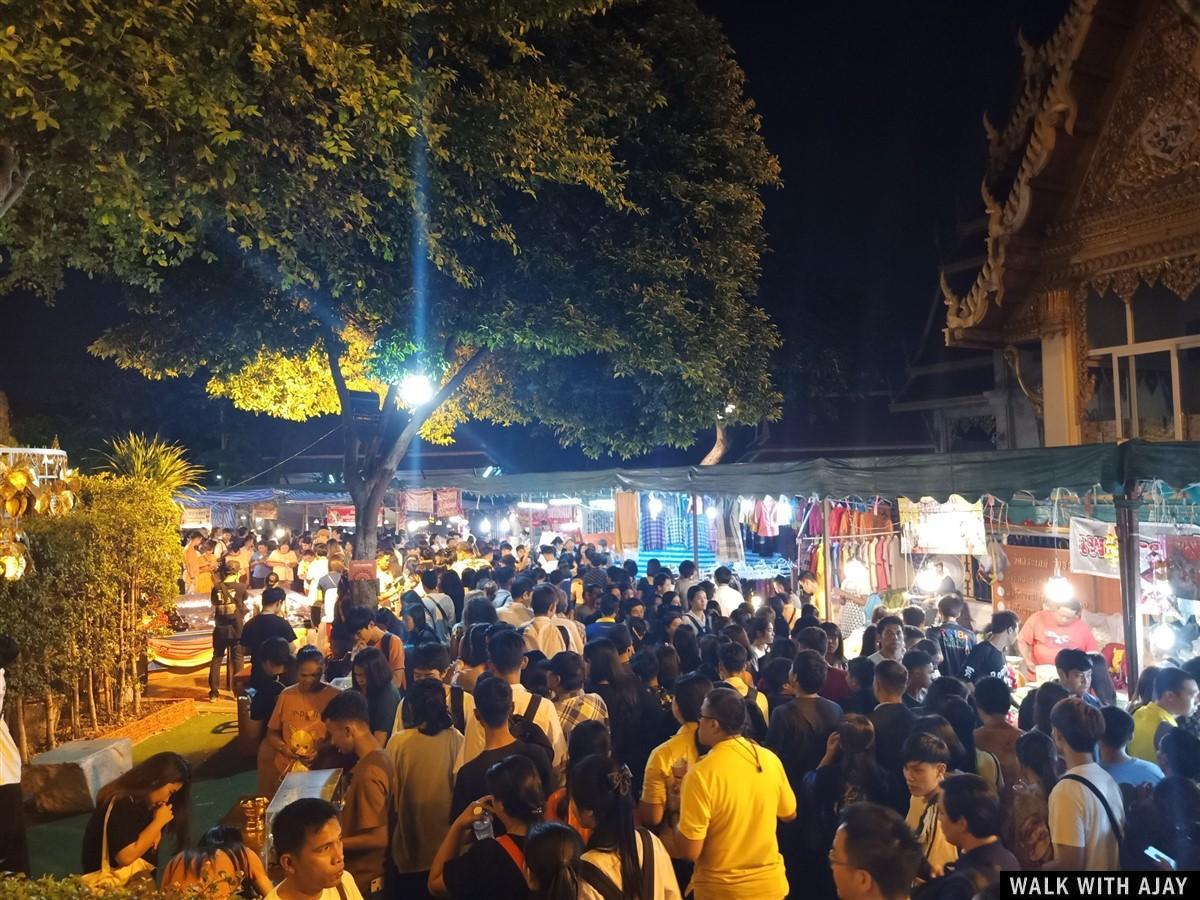 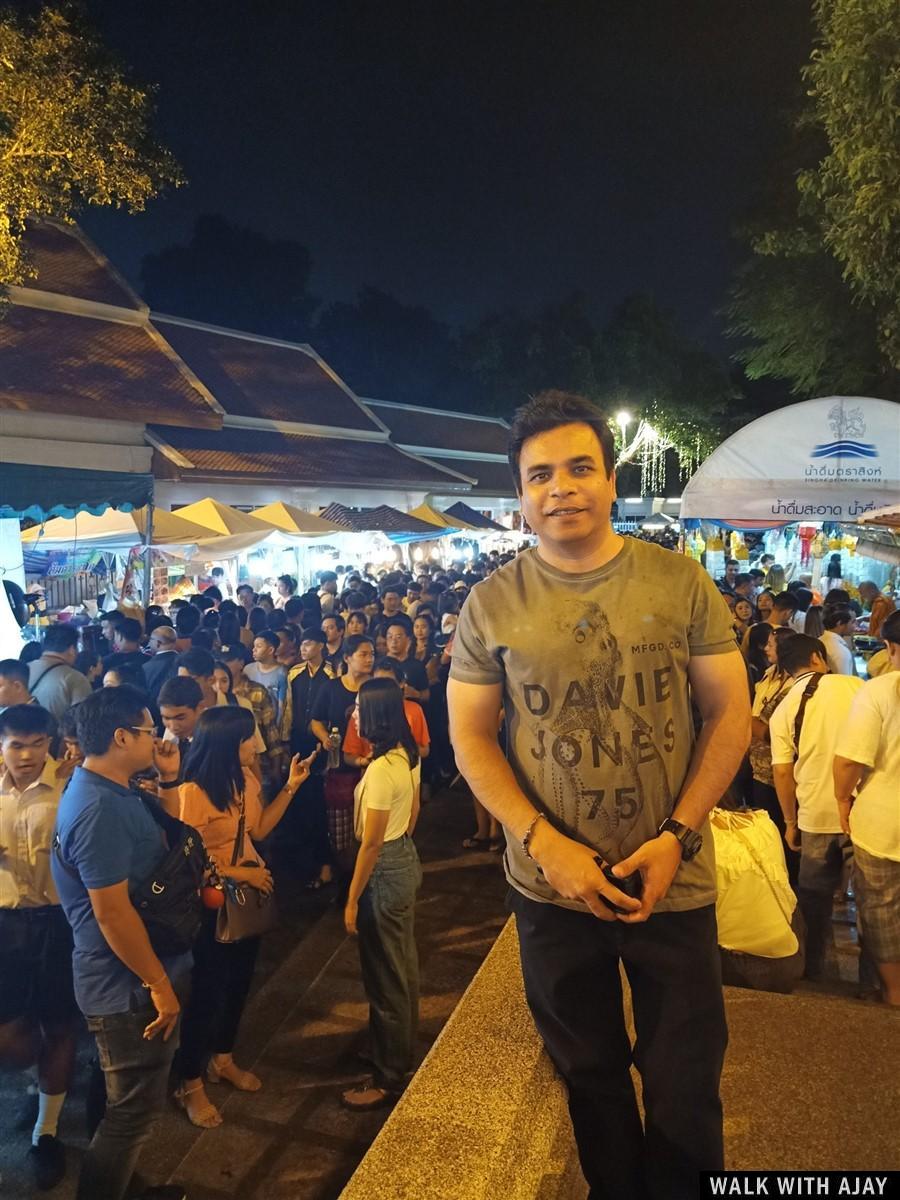 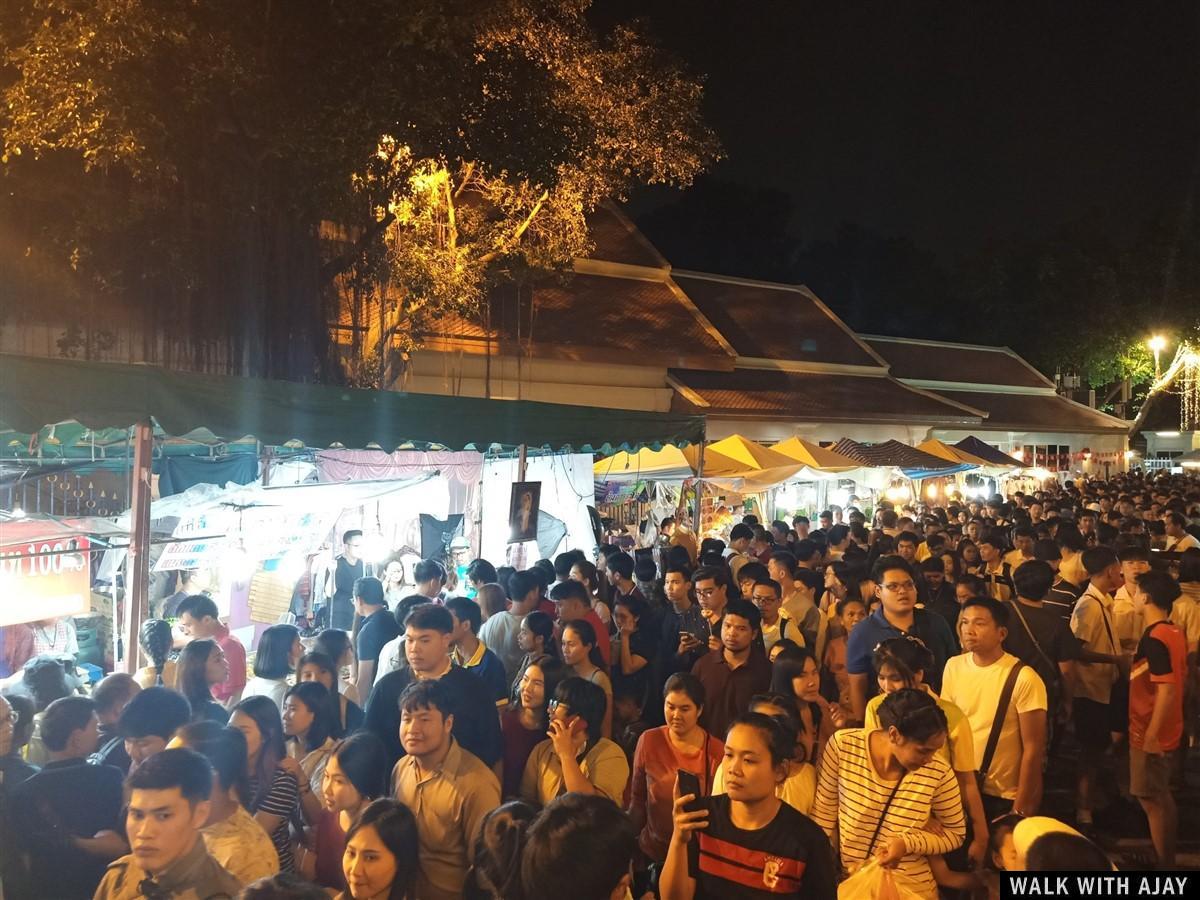 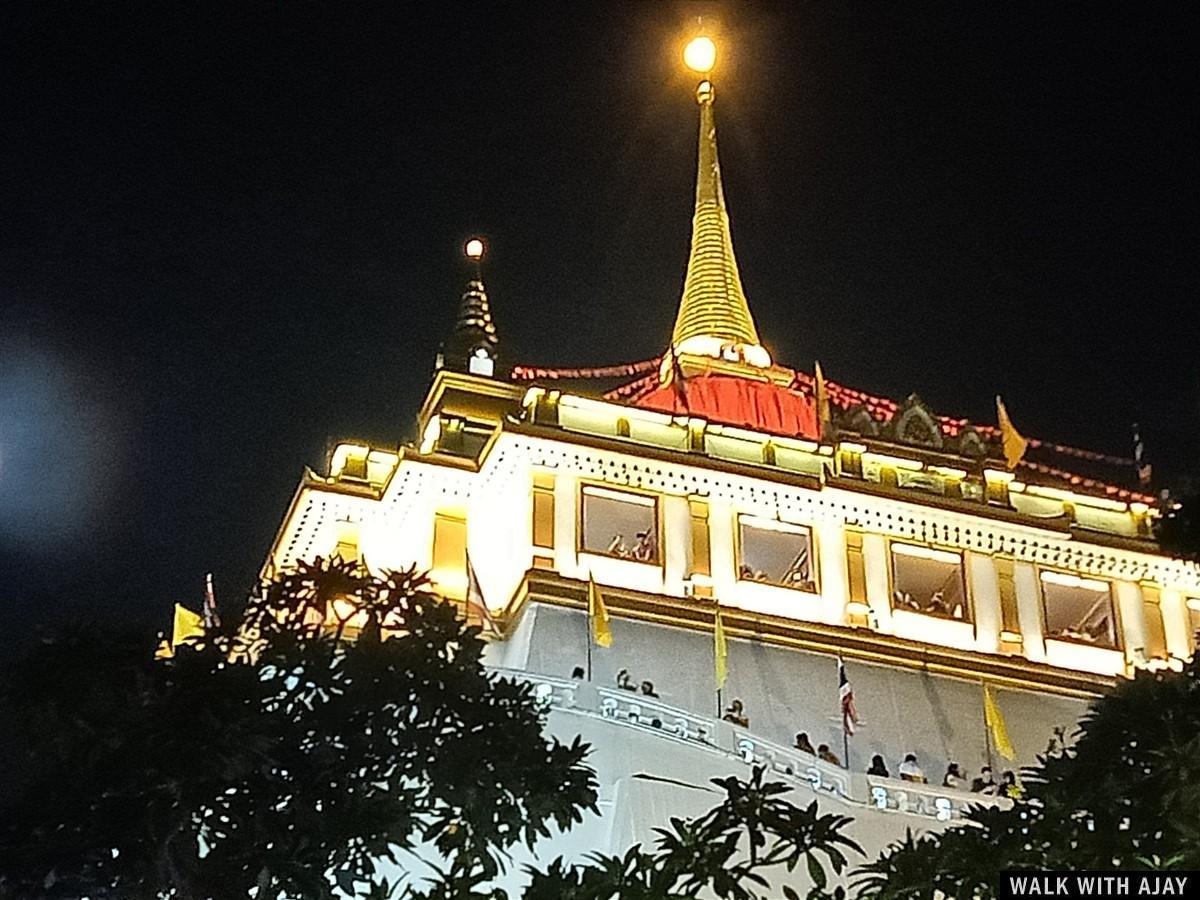 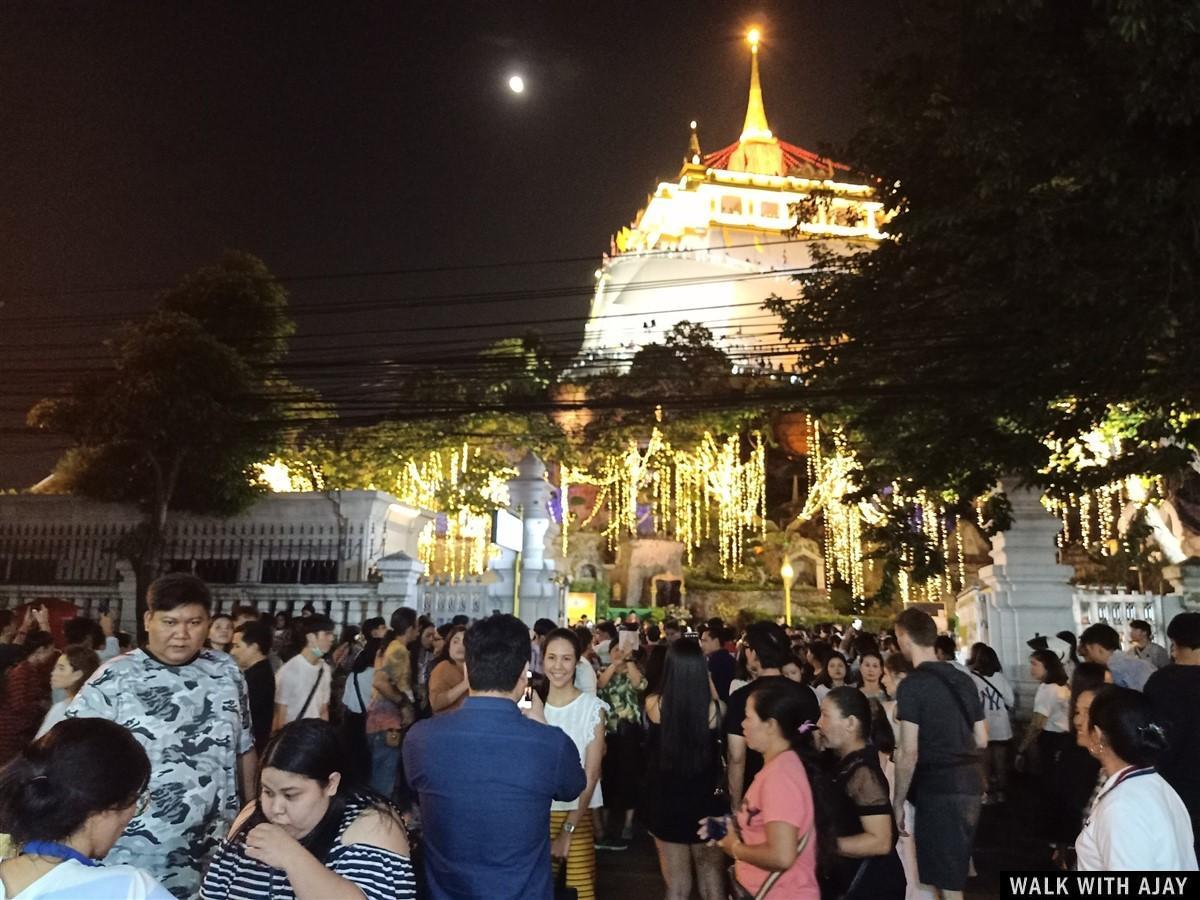 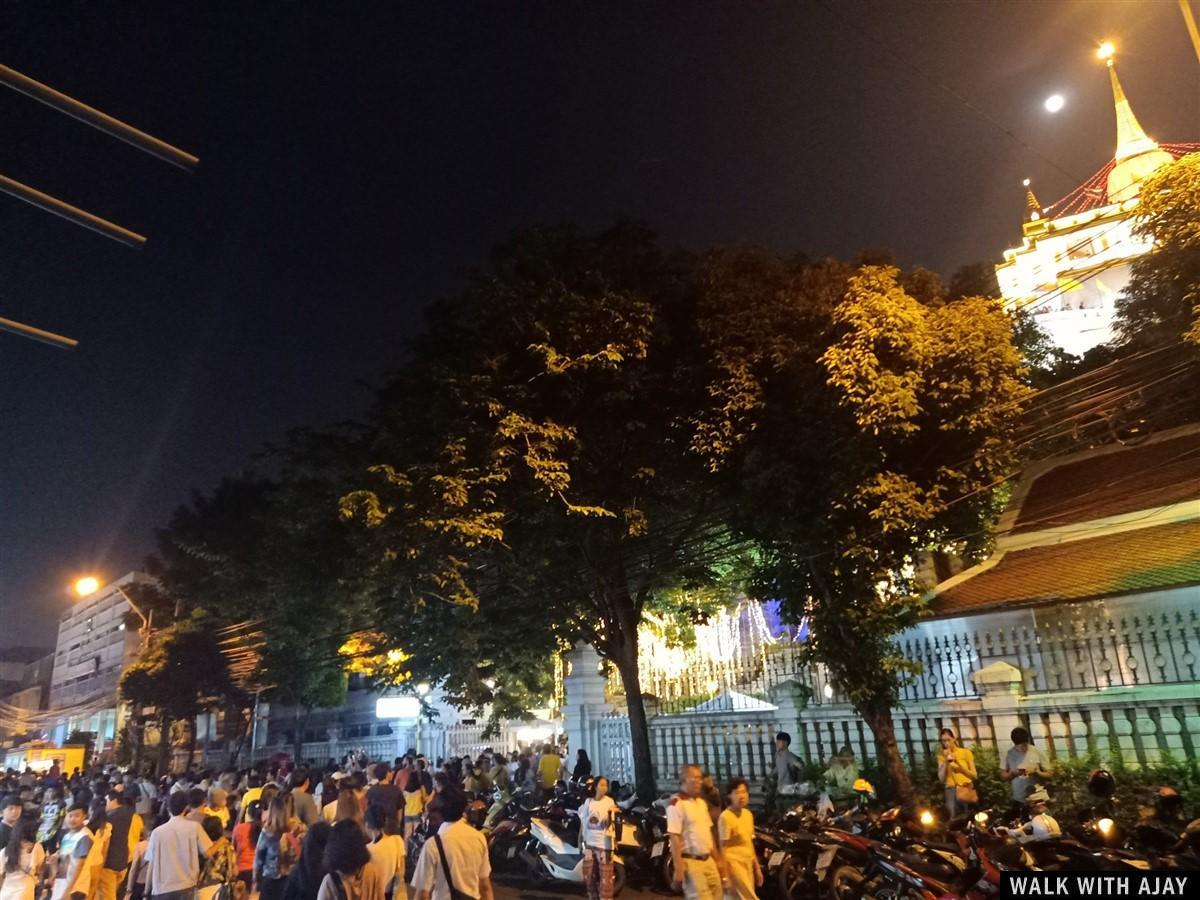 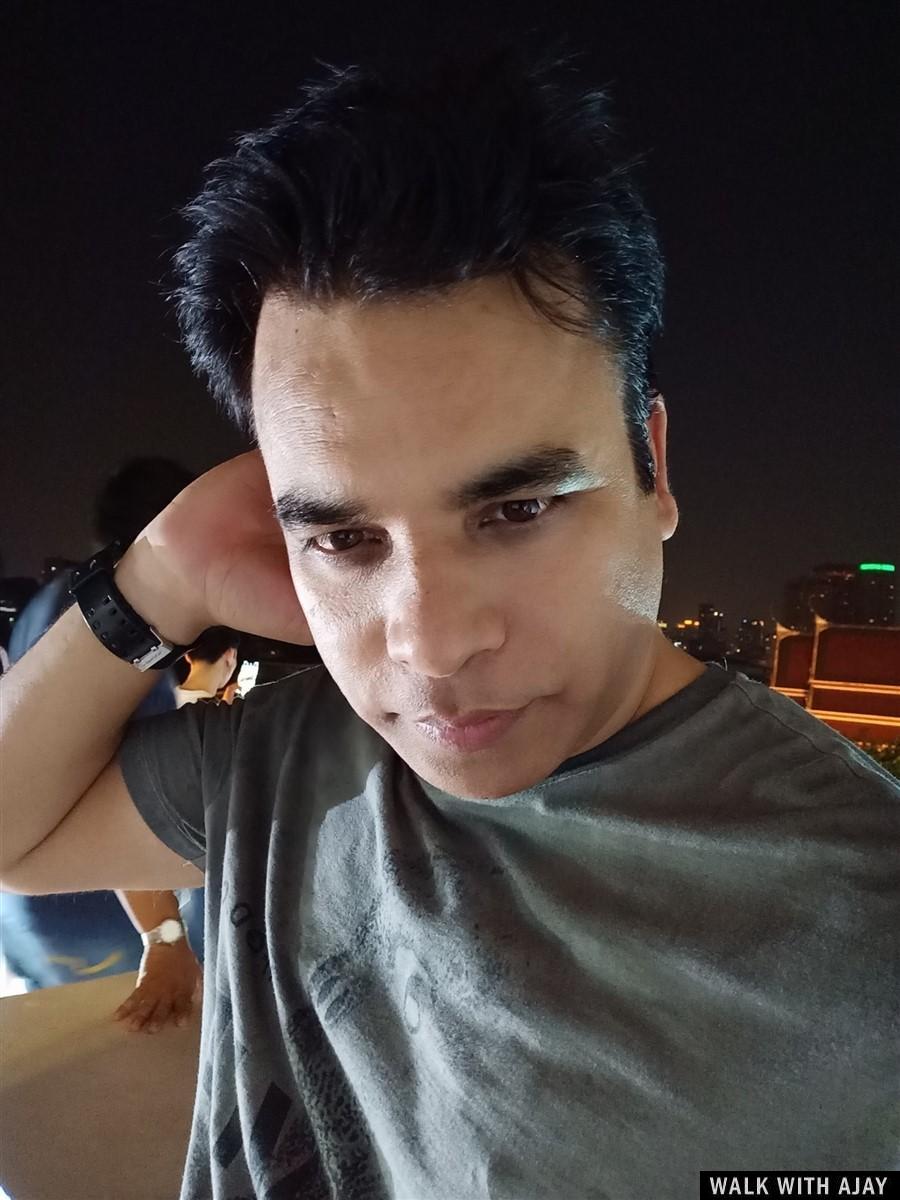 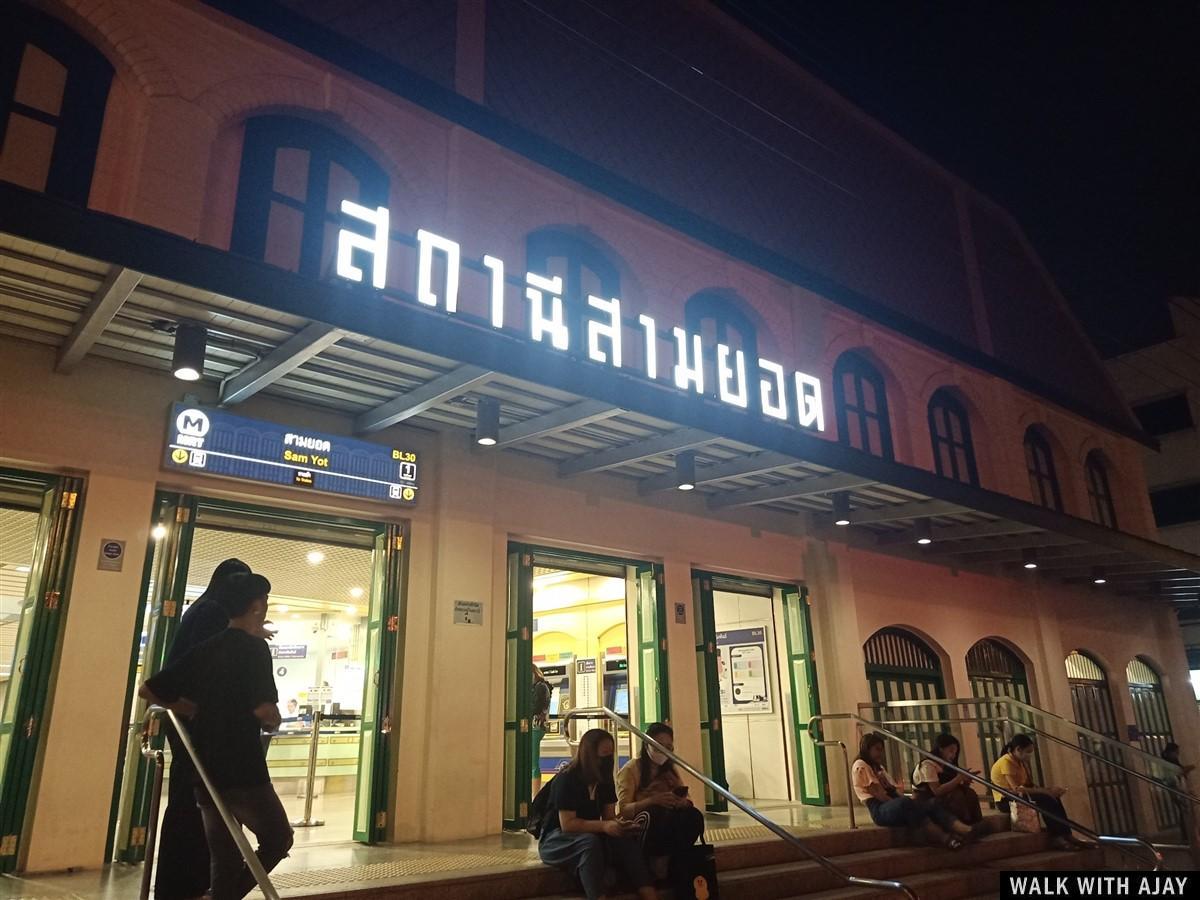 How do I get to The Golden Mount Temple?

You can reach Wat Saket by taking MRT (underground train) to Samyot station, it’s just 800 meters away from the station. Another option is BTS Sky Train from Asoke station to National Stadium station. Later, take a taxi to the temple which is about 3.5 kilometers away.

There is no strict dress code for visiting this monument. However, it is advised to dress politely as this place is a Buddhist temple. Do not wear sleeveless and shorts if possible.